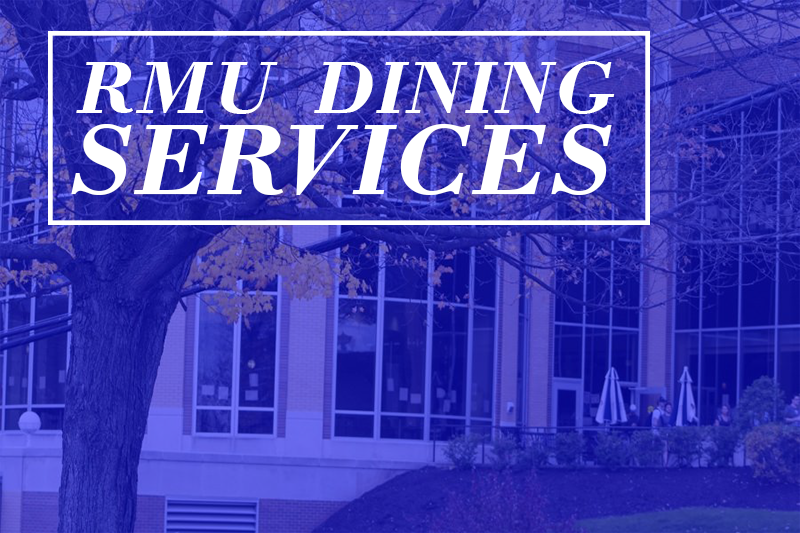 Entering the fall semester at Robert Morris University, the dining hours were abruptly changed without any consultation with RMU students or warning creating an uproar around campus.

Many students flocked to each other, their professors, the dining staff and even social media to express their frustration with the change.

Due to slow traffic, Wheatley Café’s hours were changed for the 2016-2017 school year.

In reply to a tweet about the hours change, RMU replied, “We’re sorry you learned the hard way about new hours at Wheatley,” as well as explained the elimination in hours was due to the lack in traffic to Wheatley Café.

We’re sorry you learned the hard way about new hours at Wheatley. Other facilities around campus open for breakfast https://t.co/BSGtJEQeH7

The Wheatley Café wasn’t the only dining facility on campus with an operation change. The PNC Colonial Café now closes at 3 p.m. on Friday through Sunday as result of slow weekend sales and traffic. The change in hours leaves students who don’t travel home on the weekends forced to grab a sandwich or salad at the RoMo’s Café or jump on the shuttle and ride down University boulevard to Yorktown, the only other café open until midnight.

RMU student, Jesse Bredholt tweeted at President Howard, “The Wheatley Cafe is where I come to get away and study with my friends and hang out as a commuter. 11-2pm? Really?”

@DrChrisHoward the Wheatley cafe is where I come to get away and to study with my friends and hang out as a commuter. 11-2pm? Really?

Due to the aggravation from the students about the hours, RMU changed the Wheatley Café hours back to 7 a.m.-6 p.m. Monday through Thursday with ‘Grab and Go’ option from 7-11 a.m. and specials from 11 a.m.-close.

Wheatley Café is only open from 7 a.m.-3 p.m. on Fridays with ‘Grab and Go’ up until 11 a.m. and specials from 11 a.m.-3 p.m. leaving Friday night and Saturday classes stranded with no food. The PNC Colonial Café hours remain the same.

“The new hours suck because that (Wheatley Cafe) is not only a place to eat but a place to eat and get a quick drink, it is a needed social area,” said RMU student, Daniel Clayton on twitter.

@RMUDining @RMU fair enough, the new hours suck because that is not only a place to eat and get a quick drink, it is a needed social area.

“The modification to the dining hours is due to a campus wide cost savings initiative, which found that some services were duplicated across campus with low demand,” said RMU Dining Services in an email to RMU students on Sept. 7.

“It’s upsetting that we pay money to eat food we don’t always want, but are the only options available,” said Sarah Brenner, freshman student with morning classes in Wheatley. “It’s also frustrating RoMo’s is the only other dinner option for students on campus on the weekends as if we don’t get tired of sandwiches.”

Robert Morris University did apologize by taking to their Twitter to express an apology for not communicating its changes.

It’s true @RMUDining adjusted hours to account for when traffic is highest. We’re sorry we didn’t communicate this https://t.co/oKQoDaK1Qn