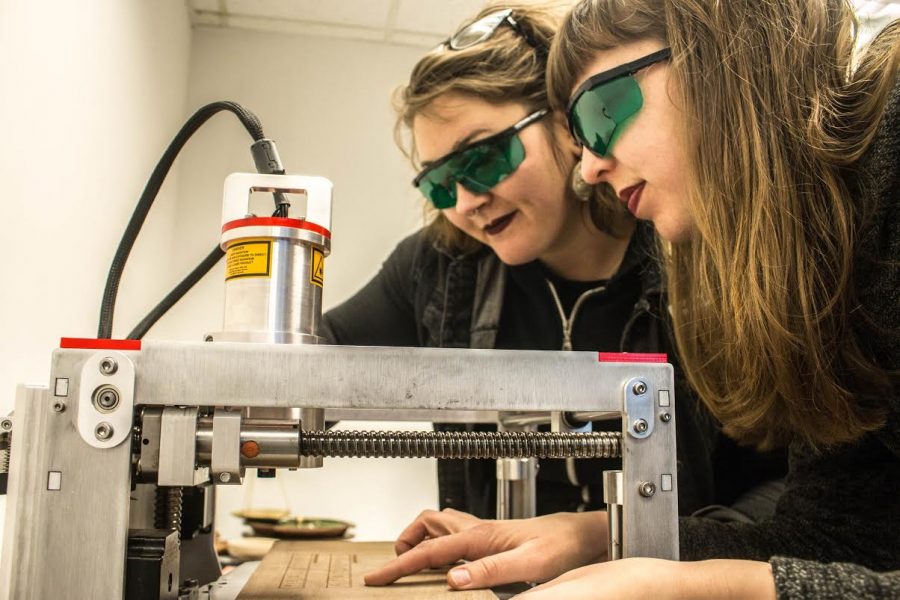 A new feminist art and engineering studio, called Prototype, opened in Pittsburgh on Jan. 13, 2017, allowing feminists of all genders to pursue their creative interests in a safe space.

Prototype, known as a “feminist makerspace,” was opened by Erin Oldynski, 29, and Louise Larson, 28. The space was created to allow feminists to focus on STEM (science, technology, engineering and math) and other projects that can be used in different career fields.

“The larger issue is creating more access to spaces for hands-on making for women, and hopefully creating… close the opportunity gap almost,” said Larson. “Like creating more access to these kinds of experiences, so more women can see this as a space for themselves and learn things and be empowered to use these spaces that maybe already exist.”

Prototype, located at 460 Melwood Ave. in Pittsburgh, is advertised as a place for feminists of all genders to come and learn a new craft or continue in a field of their choice.

“I think that Prototype is more, it’s definitely a valuable resource for people who haven’t had the same kinds of engineering or hands-on training that a lot of traditional makers have,” said Larson. “So Prototype, ideally, exists as a resource…as a way to come and sort of experiment or play or just get your questions answered.”

The studio has about 20 workshops open to the public on the weekends called “open swim.” It is free for members and $5 for walk-ins.

“So right now we are open Fridays, Saturdays, and Sundays 12-4 p.m. for open swim hours,” said Oldynski. “Which means that anyone, member or not, can come in and check out the space and learn a new piece of equipment.”

“Our goal is to engage 100 women in those 20 workshops. The reason that we’re pushing all of these workshops in the beginning of the year is not just because we just opened,” says Oldynski. “But also to coincide with the first 100 days of the Donald Trump administration. Our goal is to empower women to engage in hands-on technology and making and engineering as a way to boost the numbers of women engaged in these fields.”

Classes are taught by about 12 teachers, including the owners. They hope to compensate these teachers through a grant to create a positive change, called “100 Days of Us.” They also have members of the community contributing.

“The support has been overwhelming and right now we’re trying to manage all of that and also create opportunities for people to contribute in meaningful ways,” says Larson. “Because the community is really what we’re all about.”

They also have the support of TechShop, who will allow them to use some technology not being utilized in the TechShop space.

Introductory membership to Prototype costs $25 for six months and $50 for one year. Their website has the application, which is three to four questions including, “What does feminism mean to you?” There is also a form to help get involved.

“Prototype is open to feminists of all genders…people are amazing,” said Larson.

“We keep saying over and over again that we don’t care how you identify in terms of your gender,” said Oldynski. “You are welcome here if you believe in feminism.”