New recreation, fitness center fees will be added to all students’ tuition 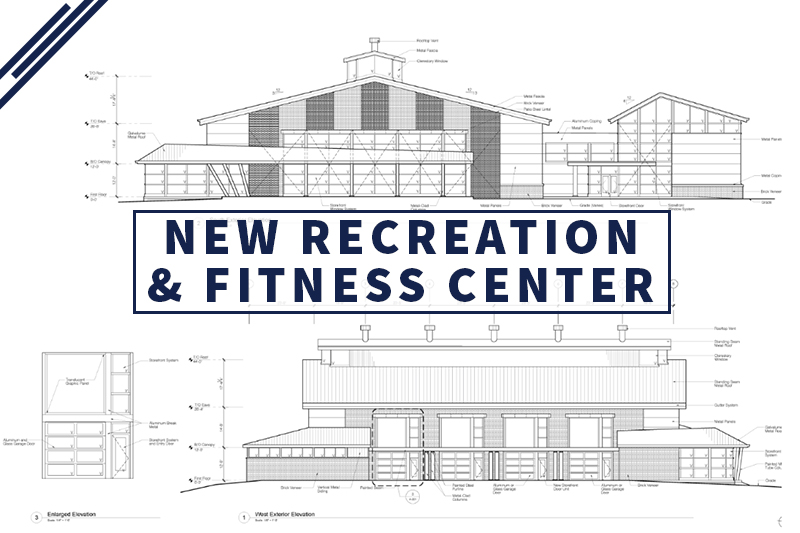 As of a Nov. 1 Student Government Association meeting, student organizations and the student body were fully made aware of Robert Morris University’s new student recreation and fitness center and all the fees that are coming along with it.

All that is included in the new recreation center and the fee that will be included in students’ tuition came from a survey sent out to students in 2014 by the SGA President according to Armand Buzzelli, Ph.D., director of campus recreation.

“So, with help from student life, he (the SGA President) sent a survey to our student body and got a really strong feedback from students about what they wanted to see in the building and what they would be willing to pay to make it possible,” said Buzzelli. “And we used that information and I also got information from NIRSA, which is the National Intramural-Recreational Sports Association, and developed what we thought would be an appropriate fee for a university our size and what we would need in terms of getting the building built and operated.”

In a general discussion of the meeting, it was mentioned that the former fitness facility, Jefferson Center, will be repurposed. Buzzelli stated that there is no definitive decision on what will be done with Jefferson as of now, but “it will no longer be a fitness space.”

As for a timeline of the new center, Buzzelli said RMU could see the new facility as early as the beginning of the 2017-2018 school year.

“(T)he plan is to have it opened sometime around the beginning of the fall semester. So, construction would be starting here in the next couple of months. I don’t have specifics; I know we’re working right now with permitting and getting approval from the township and local authorities to being construction,” said Buzzelli.

This project began back in 2014 and has been a part of the university’s master plan for quite some time. Buzzelli discussed that this type of center is what other universities offer to their students and he wanted to bring that to RMU.

“At Robert Morris, I’ve wanted to offer this to our students for a long time. We’ve had a lot of student’s input as to what would go in this building and we worked with our student leaders to help empower them to get a fee that was appropriate and that would work for building this building and operating it,” said Buzzelli.

As stated in a packet given to students at the meeting, the center will be located on the current North Athletic Complex grounds, a completely separate entity from the new event center being proposed.

“This state-of-the-art facility will provide students with new recreational and fitness opportunities, expanded wellness programs, and enhanced intramural sports,” according to the packet.

There will be approximately 40,000 square feet of programming and exercise space. The new recreation and fitness center will include the following:

Photos courtesy of the packet given to students.