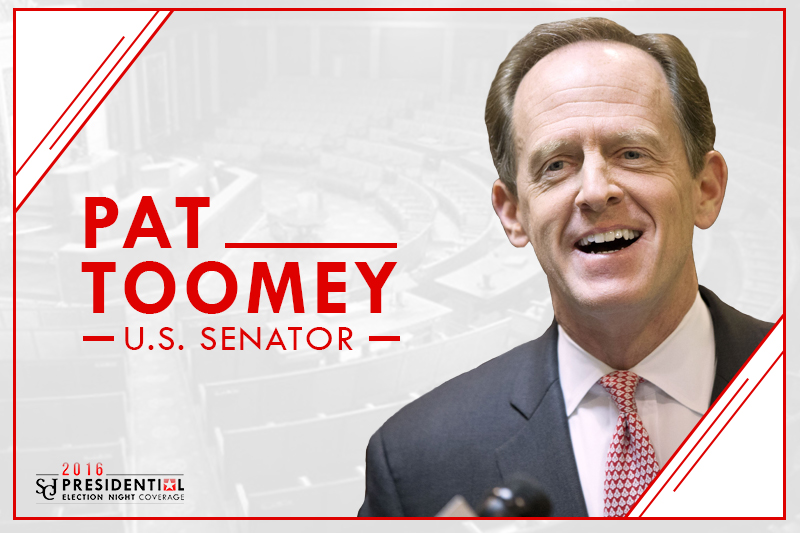 Pat Toomey has won the 2016 Senate race with a narrow lead.

Toomey has been the Republican candidate for the senate seat for the 2016 election.

Toomey was elected into the House of Representatives in 1998 and only stayed for the three terms he pledged to, then owned a small business and worked in the financial services industry.

He has plans prepared to save jobs of working class citizens, while creating more, and support bills put into place as a safeguard for children. For more on his policies, go to Toomey’s website.