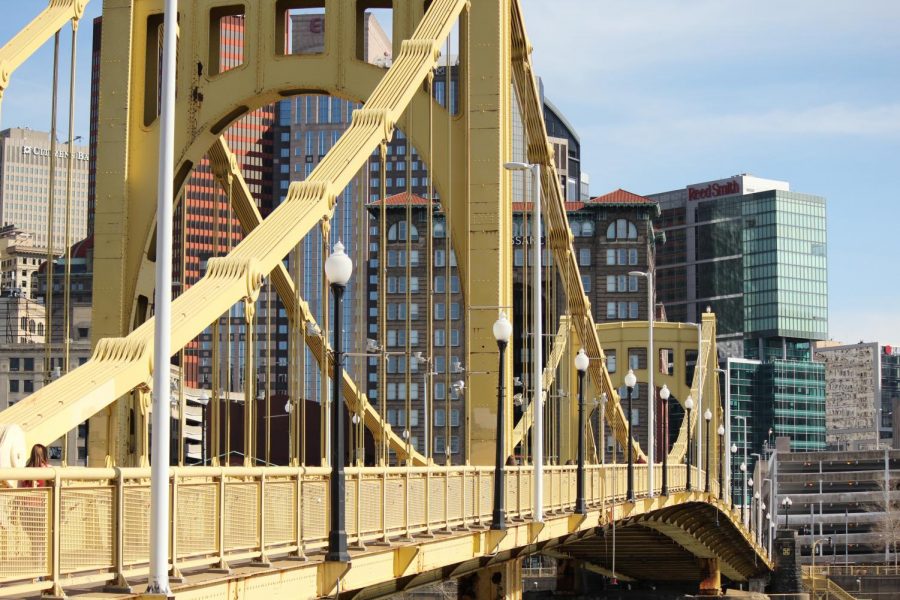 Roberto Clemente bridge with downtown Pittsburgh in the background.

PITTSBURGH – On Nov. 13, Mayor Bill Peduto brought the 2019 Operating and Capital budget proposals before Pittsburgh City Council. There were no tax increases in the new budget and more spending on priorities such as landslides and flooding, facilities, and paving.

These are the first budgets Mayor Peduto has introduced since the city left Act 47 financially distressed status early in 2018.

The Operating Budget stresses government efficiency and puts a lot into new staffing needs for the Departments of City Planning, Mobility and Infrastructure, and Permits, Licenses and Inspections. There are also plans for a new, dynamic snow route optimization program, and body-worn cameras for the Pittsburgh Bureau of Police that includes sidearm sensors. Public Safety staffing remains well funded with plans for three police recruit classes and a firefighter recruit class.

2019 will see the most roads paved in #Pittsburgh in living memory. Over 20 million dollars for 75 miles of roadway. Learn more about Mayor @billpeduto’s 2019 Budget here: https://t.co/wPO81M4LoN pic.twitter.com/JARgDWjJNZ

Other highlights of the budget include:

$20.3 million in street resurfacing – equaling 75 miles of streets – which is the greatest amount Pittsburgh government has spent on paving in memory. Last year the City budgeted $17 million in paving, which was more than double what the City allocated in previous administrations
$6.8 million for landslides and slope failure remediation, which more than doubles what was budgeted this year
$3.6 million for flood mitigation
$3 million for the reconstruction of the Public Works 4th Division facility in Knoxville
More than $1 million for the redevelopment of Thaddeus Stevens Elementary School in Elliott into headquarters of the Bureau of Police Special Deployment Division
$1.4 million for design work on the reconfiguration of Stargell Field in Homewood
Increasing the demolition budget to $3.2 million, which is a $1 million increase over 2018

Discussions about the budgets are scheduled to begin in City Council on Nov. 19. The Council will then hold several budget overview with city departments before holding a tentative line-item vote on Dec. 11. A final vote is expected to take place on Dec. 18.