Pittsburgh's disagree with President Trump's declaration of a national emergency 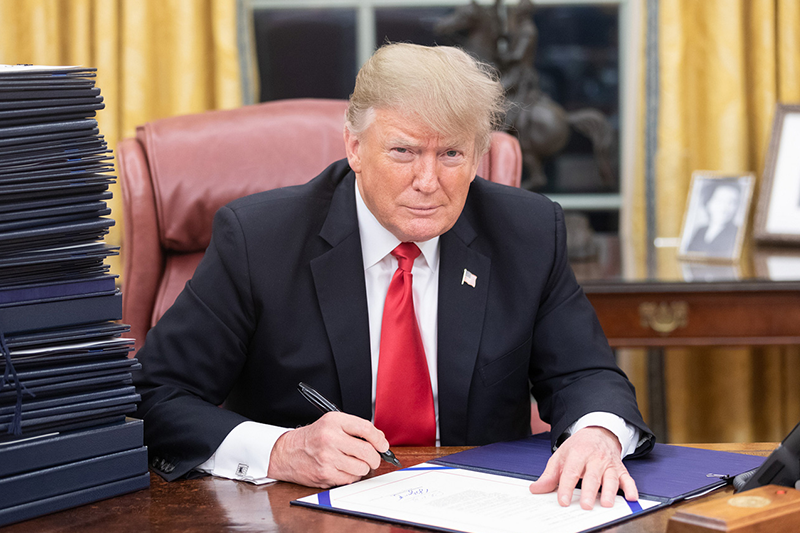 PITTSBURGH — President Donald Trump addressed the nation from the Rose Garden outside of the White House on Friday, where he officially announced his declaration of a national emergency.

The national emergency will allow the president to secure $8 billion in order to build a border wall between the U.S. and Mexico.

“I’m going to be signing a national emergency,” said President Trump. “We’re talking about an invasion of our country with drugs, with human traffickers, with all types of criminals and gangs.”

Mr. Trump agreed to a government funding bill that includes a bipartisan compromise on border security funding, but the $1.375 billion agreement by Congress was not enough for the president.

Tamara Walters was walking at Point State Park in downtown Pittsburgh while on a trip from Buffalo, New York. She disagreed with the president’s decision.

“Yet another idiot statement from an idiot in office,” said Walters. “It’s ridiculous. There’s $8 billion that could be used for so much more in the country except protecting us from something that’s not really a threat.”

Here’s how Trump plans on gathering his $8 billion for the border wall:

$1.375 billion from Congress’s legislation
$601 million from the Treasure Department forfeiture fund
Up to $2.5 billion form the Defense Department’s counter-drug activities
Up to $3.5 billion diverted from the Pentagon military construction funds

Randall Schepps was visiting Pittsburgh form Cleveland, Ohio, with his son for a college trip. The Schepps have a similar view as Walters on President Trump’s decision to declare a national emergency.

“I think it’s crazy if you ask me,” said Schepps. “I think it’s something that isn’t really necessary and it takes the whole declaration of emergency and degrades it to a point to where it doesn’t really mean anything anymore.”

However, Tamara has a strong suggestion for the president on how to fund the border wall.

“Quite honestly, if he wants to find a wall, he should use Trump Towers.”