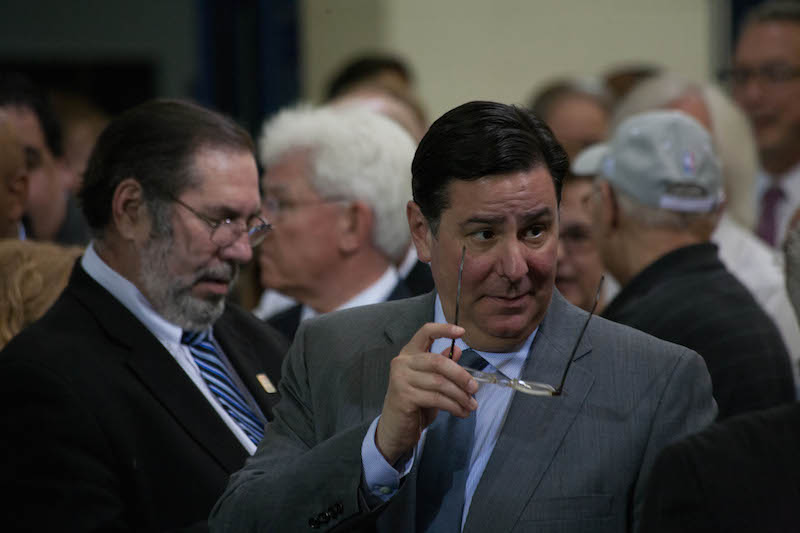 Pittsburgh Mayor Bill Peduto taking his seat with other politicians before the President and Vice President arrived.

PITTSBURGH — The Fraternal Association of Professional Paramedics Local 1 just received a new contract with the City of Pittsburgh with Mayor Bill Peduto’s approval.

The Pittsburgh mayor signed the contract on Dec. 6 that will start on Jan. 1 and last one year, with an optional five-year extension.

“This agreement will place more medic units – and provide increased public safety – on Pittsburgh streets on a 24/7 basis, while keeping our promises on financial stability,” Mayor Peduto said.

Starting next year ALL EMS Stations will be staffed 24/7. https://t.co/vHMGq8CeP8

According to the city, the new contract adopts 12-hour shifts for paramedics and emergency medical technicians over two-week periods. This new policy replaced the former schedule of six consecutive eight-hour shifts. The change will reportedly create fewer overtime demands on EMT staff as well as allow the city to better manage overtime pay.

“One of my goals over the past two years has been to boost the morale within our EMS bureau while increasing services to city residents. This agreement should do both,” public safety director Wendell Hissrich said.

The one year contract features a five-year optional extension after the evaluation of the contract’s impact on overtime pay, according to the city. Both the city and the union must agree on the extension.

“I really appreciate what the Mayor and the City are doing for us with this contract,” said Jeffrey M. Tremel, president of FAPP Local 1.

Union members voted to approve the contract 129-28 prior to Dec. 6.