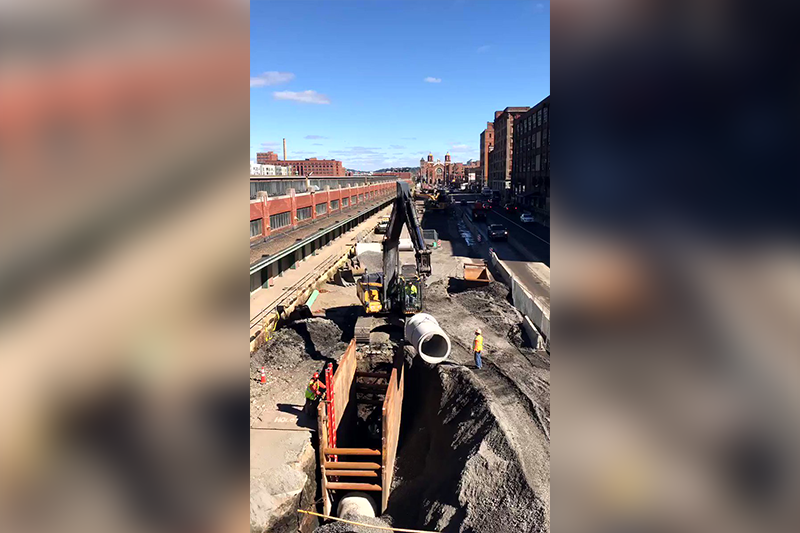 PITTSBURGH — The Pittsburgh Water and Sewer Authority is expected to expand its largest water and sewer infrastructure from 16th and 21st Streets of the Strip District all the way to 23rd Street.

The investment, which began in June 2018, was worth $13 million dollars and added over 7,000 feet of new water and sewer lines to the city. This project was completed under budget and on schedule. With the successful start of the project, the PWSA is working to expand.

During the project, not only will sewer and water be improved, but so will gas lines. The PWSA is working alongside Peoples Gas, who will be replacing gas lines as the roadway is excavated for the PWSA project.

Due to the extensive business of the Strip District, the PWSA had to work with merchants who needed to keep their business’ going, without holding back construction. This process took up to a year and resulted in almost 30 construction site meetings and constant and consistent written communication among stakeholders.

“We hope the public is pleased with our work on Smallman between 16th and 21st Street. We’re excited to deliver even more for our customers by using cost savings to upgrade more of our aging infrastructure,” said executive director Robert A. Weimar.

“This success proves that we have the manpower and expertise within your PWSA to take on large-scale, complex infrastructure projects and deliver on our promises. These pipes served their purpose for over 100 years. The work today will ensure we have a system to last another hundred-plus years into the future.”

Construction is currently expected to be completed before the end of the month and construction crews are said to be working around the clock to complete the project as quickly as possible.