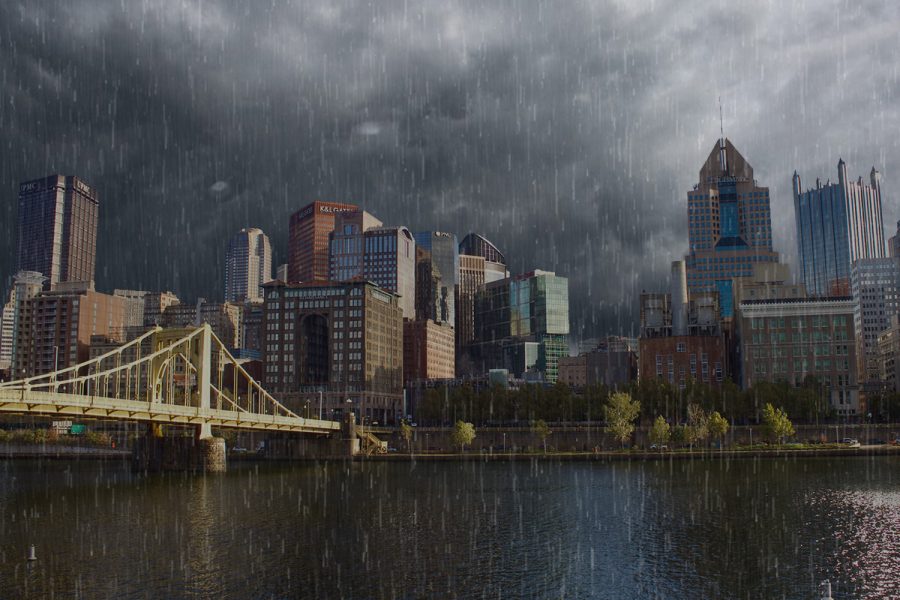 The city of Pittsburgh saw more rain in 2018 than it has ever seen in record history. Heavy rains on New Year's Eve helped bump 2018 over the top to become the wettest year ever.

PITTSBURGH – New Year’s Eve brought in the year 2019 and a new record for the city of Pittsburgh.

It took until the last day of the year, but with the heavy rainfall throughout the entire year, 2018 was the wettest year on record for Pittsburgh.

It took until the last day of the year, but 2018 is now the wettest year on record. The final total is 57.83 inches, which breaks the previous record of 57.41 set in 2004. pic.twitter.com/BZdQENZOMr

Heavy rains and warmer temperatures across the region helped push 2018 over the edge on New Year’s Eve. Going into the final day of 2018, the area only needed 0.26 inches of rain, according to the National Weather Service in Pittsburgh.

Rain is expected to plague the Pittsburgh region for the first ten days of January until colder temperatures and snow return.