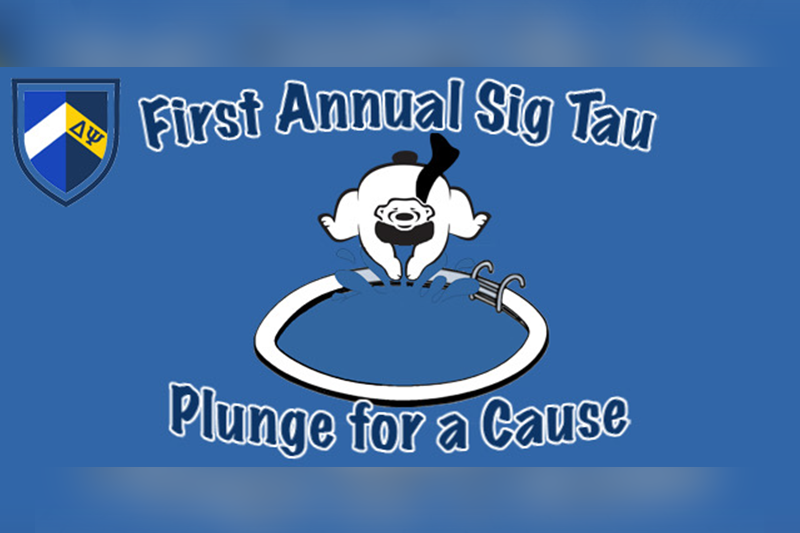 MOON TOWNSHIP – On a rather mild, but still chilly Saturday, Robert Morris University’s newest fraternity, Sigma Tau Gamma, put on one of their first event as an organization.

The fraternity colony hosted their inaugural Sig Tau Plunge For A Cause, which consisted of more than just plunging. A swimming pool was set up on the Nicholson front lawn, equipped with a platform for plungers to jump from. The members of Sig Tau Gamma made announcements before each plunge, stating the name of the student making the plunge and how much they raised.

Along with the plunge there was a cookout, manned by the brothers of Sigma Tau Gamma. There was also corn hole and volleyball in addition to the plunge itself.

A twist to this event is that it was not just for RMU students to attend. Sigma Tau Gamma decided to open the event to the community of Moon Township.

This was a successful event, according to the Sigma Tau Gamma organization.

One Sig Tau brother, Tayvel Hutchinson, decided to climb up and take the plunge for a cause. Upon taking the plunge, Hutchinson laughed.

He exclaimed, “It’s so cold!” He added that though the water was immensely cold, he enjoyed taking the plunge and was proud to be involved.