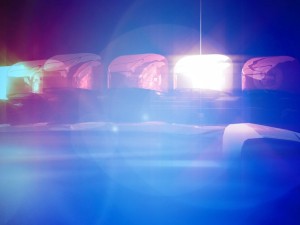 2/17/15 – Fire Alarm – Guardian reported a fire alarm activated in Concord Hall.  Upon officers arrival it was determined that the cause for the alarm was accidental.  Maintenance was advised and reset the alarm. (Closed)

2/18/15 – Disorderly Conduct – Residence Life reported an odor of marijuana inside Hamilton Hall.  Officers responded and found the room in question.  All occupants were cited for disorderly conduct, and advised they will also be sent through Judicial Affairs for smoking marijuana in the room. (Closed)

2/18/15 – Assist Another Agency – This department assisted Allegheny County Probation in making contact with a student on campus.  Contact was made without incident, and all parties cleared. (Closed)

2/19/15 – Medical Emergency – The nurse’s office requested an ambulance for a student experiencing chest pain.  Valley Ambulance was contacted and transported the student to Sewickley Valley Hospital for treatment. (Closed)

2/20/15 – Disturbance – A noise complaint was called in for a room in Monroe Hall.  Officers checked the entire building and found nothing out of the ordinary. (Closed)

2/21/15 – Student Conduct – An officer found a room where underage drinking was occurring while patrolling Yorktown Hall.  All parties involved were advised they would be sent through Judicial Affairs for their actions. (Closed)

2/21/15 – Departmental Information – This department assisted a caller with information pertaining to immigration and marriage fraud. (Closed)

2/21/15 – Suspicious Incident – Residence Life reported a suitcase left in the laundry room at Salem Hall that they believed belonged to a non-registered student.  Officers checked the building and the cameras for the non-student with negative results. (Closed)

2/21/15 – Underage Drinking – Residence Life reported an underage drinking party in Adams Hall.  Officers responded and advised all parties present they would be sent through Judicial Affairs for their actions. (Closed)

2/22/15 – Fire Alarm – Guardian reported a fire alarm activated in Concord Hall.  Upon officers arrival it was found that burnt food was the cause for the alarm.  Maintenance was notified and reset the alarm. (Closed)

2/22/15 – Student Conduct – Residence Life reported an underage drinking party in Monroe Hall.  All parties present were advised they would be sent through Judicial Affairs for their actions. (Closed)

2/23/15 – Medical Emergency – Valley Ambulance was contacted for an employee at the Island Sports Center.  The employee was transported to Allegheny General Hospital for further treatment. (Closed)