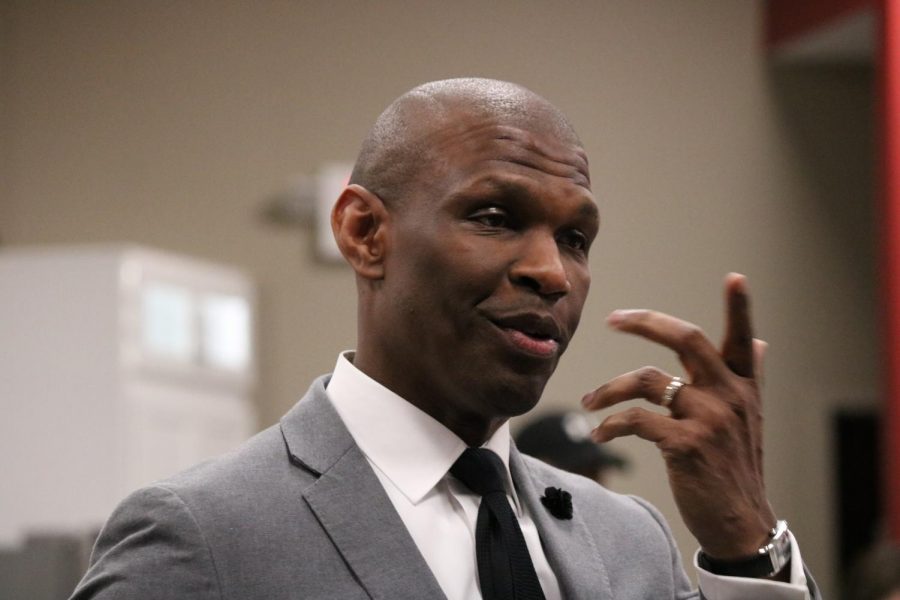 MOON TOWNSHIP — President Chris Howard recently discussed this school year and all that it entails as RMU gets ready for another semester.

In an email issued to students, President Howard introduced plans for upcoming renovations for the School of Engineering, Mathematics and Science. The Richard Mellon Foundation will help complete the project by providing a $5 million grant to the university.

The construction will focus on an improved engineering lab and other facilities for students, including updated workspaces.

A new financial planning major is also expected to be added to the School of Business as well. The hopes of this major are to prepare students for the Certified Financial Planner exam.

“Many people through the course of their life will go to school, go to university, go to work for a firm and then do that test,” said Dr. Howard. “We can do that test here. It’s part of the curriculum, and it gets you a step ahead.”

President Howard hopes that the major will help students with the Security Industry Essentials (SIE) exam and adapt to a changing job market.

Last semester, RMU announced plans for consolidation, merging five schools into four. President Howard explained these consolidation decisions and how the schools were grouped together. The School of Nursing, Education and Human Studies are all programs that require licensure. By working in schools that all require licensure, it can make collaboration between programs easier. All the programs were grouped based on certain themes.

“By working in schools that require licensure as well as being together you have best practices that emerge,” explained Howard. “There are many examples of that in the school, and if you look at them, they make sense in terms of thematically.”

This year, there are collaboration opportunities for nursing and education programs. RMU received a grant from the Mellon Foundation with the Center for Hope in Ambridge for nursing students. What started as a nursing initiative will now encompass the educational side of things.

“It started off as a nursing initiative to put nurses in practical settings to allow them to have the practical along with that clinical work before they go into the workforce, and now we are looking to partner with them on the education side,” said President Howard.

Additionally, the UPMC Events Center will continue to host concerts and sporting events throughout the year. Perhaps the most anticipated event may be the Nov. 12 basketball game against the Pitt Panthers. This upcoming game will be broadcasted on ESPNU.

“To have a physical place to go to for fun events provides an opportunity for school spirit and create a point of pride,” said President Howard. “It’s a physical manifestation of our can-do attitude.”

This year, students will also have the opportunity to experience new housing renovations that began last year. These include a kitchen area in Yorktown and new lounges of certain halls such as Gallatin. There may be plans throughout the upcoming years for future housing renovations.

The most significant change, in terms of housing for students, is the recent closing of Braddock Hall. Dr. Howard shared his thoughts on the housing situation.

“We’re right at capacity now,” said Howard. “We just didn’t need to utilize that space this time, so it was very easy to take it offline… with Braddock being offline, the shuttle runs more quickly between Yorktown and here, so I think that in terms of quality of life for our students it will actually enhance it for the most part.”

Robert Morris University recently announced that they will be price matching public universities for the class of 2024. In the past, students who applied to both RMU and the University of Pittsburgh or Penn State University are eligible for a price match to the respective university. This new incentive will also include West Virginia University and Kent State.

President Howard believes that the program will help retain more students who are confused about RMU’s pricing. The extension of the program to four public universities will be implemented for incoming freshmen next year.

“These are the type of students that we have been, especially in the last five to 10 years been attracting, and we want to be 100 percent clear that our value proposition is comparable to their value proposition,” explained President Howard.

According to Dr. Howard, 30 to 40 students chose the price-matching incentive to come to RMU last year. Expanding to Kent State and WVU was fueled by the decision to give students an equal opportunity to consider Robert Morris.

“The way we package our pricing, it can be a bit confusing,” said President Howard. “The benefit is we make sure we don’t lose one to another school just because they are confused on the packaging of the pricing.”

To be considered for the updated incentive, incoming students will need to provide some documentation to prove that they were accepted to the main campuses of the universities, which also includes the Oakland campus for Pitt.

For President Howard, the updated price-matching program can show prospective students the benefits of coming to Robert Morris.

“We feel like we can offer some of the skills and programs that Pitt offers,” explained Dr. Howard. “But also there’s an intimacy we have… and a sense of community that feels like a smaller campus that is harder to get in a place like Pitt or Penn State. We feel that we are a happy medium.”