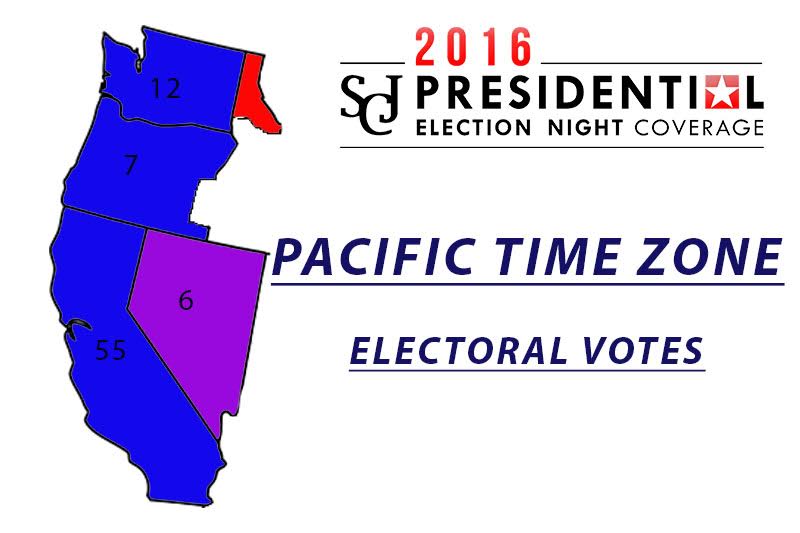 The electoral votes are in for the projected winner of each state in the Pacific time zone, Hawaiian time zone and Alaskan time zone.

For a general update, Florida has gone to Trump.  It could be a momentum builder for Trump. North Carolina is still going to Trump by 3.4% , as well as Nevada, Utah and Idaho. He has won Missouri and Ohio. Clinton has taken New Mexico, Colorado and Virginia.

For more updates on the 2016 Presidential Election in Pennsylvania, visit the Pennsylvania Department of State and the Allegheny Election Bureau.