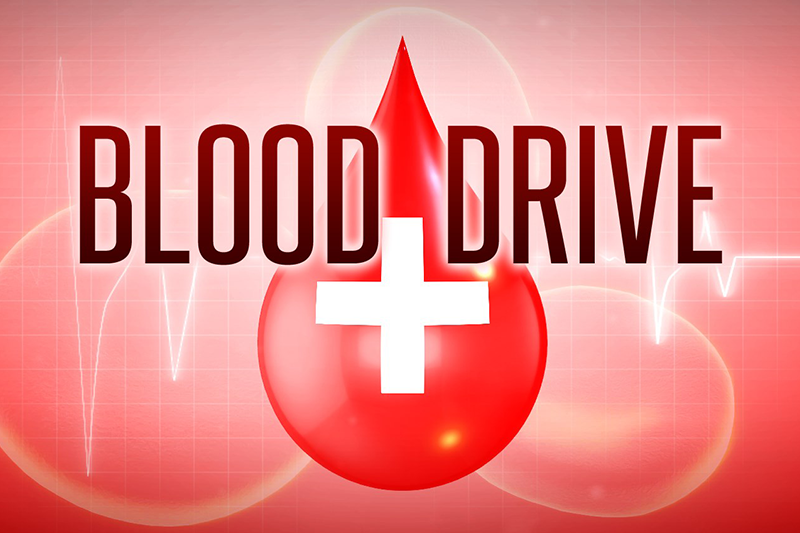 MOON TOWNSHIP — Students of Robert Morris University and local community members came together on Wednesday to give back, by giving blood.

From 8 a.m. to 3 p.m. on Wednesday, the gymnasium of the John Jay building was briefly transformed into a blood bank. The setup was complete with computers which were used for donators to fill out applications, stations to donate blood and tables with snacks and drinks for people who had just donated to recover.

Robert Morris student Monica McGregor, who is a frequent blood donor, gave her take on the event and what donating blood meant to her.

“I try to do it every eight weeks, as much as I can. I feel like it is the least that I can do,” said McGregor. “I don’t really need it, someone else needs it, and it can help someone out.”

According to McGregor, RMU typically sees a mix of community members and college students deciding to attend these events. Wednesday’s blood drive in particular seemed to have higher student participation compared to other drives.

“I’m surprised by the number of students here, usually it is a lot of community members but it seems like there are more students than usual this time.”

The event was advertised around campus and on social media in an attempt to attract donors. McGregor said that she had heard about blood drive through an Instagram story. She was also aware of other means of recruitment.

“Usually they have people walking around the cafe, asking you if you want to donate. It’s usually pretty advertised,” said McGregor.

To learn more about various blood drives and what they accomplish, click here.