A petition for RMU officials to cancel classes has gathered more than 2,200 supporters. 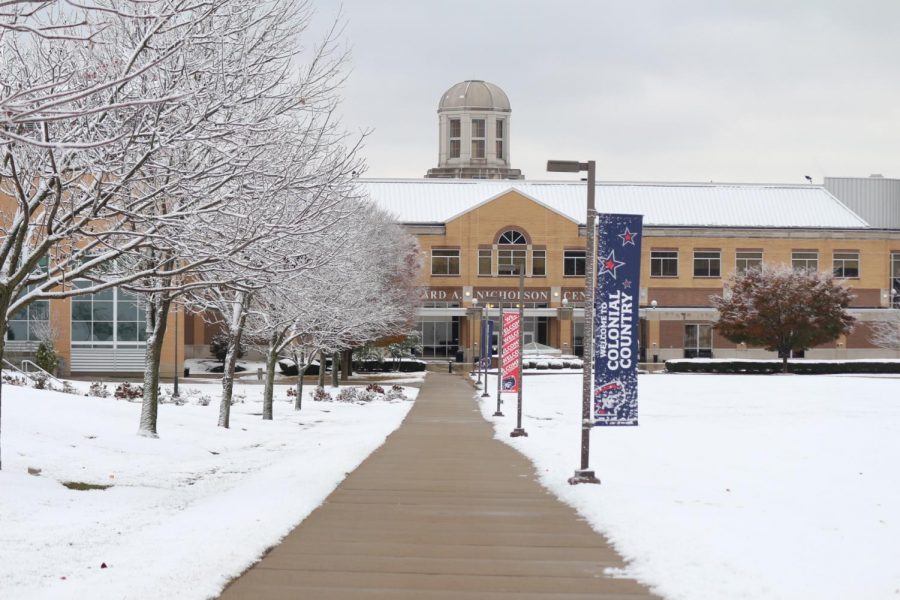 MOON TOWNSHIP — A petition created by a Robert Morris University student to cancel classes during what could be the coldest day of the year has gathered more than a third of the student body’s support.

The petition, which now has more than 2,200 supporters, created by Robert Morris student Lakin Fatula was posted to the online signature gathering website Change.org. Titled, “No classes Wednesday (30th) and Thursday (31st)”. Signers of the petition ask the university to following the footsteps of schools like the California University of Pennsylvania, who canceled classes on both Wednesday and Thursday.

According to the National Weather Service in Pittsburgh, a winter weather system, dubbed a polar vortex, carrying arctic temperature airs will move into the western Pennsylvania region Tuesday night and linger until Thursday evening. The NWS says temperatures on Wednesday will plummet to a high of only 12 degrees before falling to a low of -3 degrees. During what could be the coldest stretch of days this winter season, meteorologists say the wind chill could reach -25 degrees.

The National Weather Service issued a wind chill advisory for the region beginning at 1 a.m. on Wednesday and remaining in effect until 5 p.m. Thursday evening.

Officials say a major concern is frostbite and hypothermia. Exposed skin in the extreme cold could result in frostbite or hypothermia, according to the National Weather Service.

Make sure you’re signed up for RMU Alert so you receive our communications in the event of a cancellation 👉 https://t.co/pvLmGlIR4p

Until then, bundle up and keep working hard 👊 pic.twitter.com/2YWF0ynjN5

Sarah Shumaker said in a post on the petition, “I shower in the morning and my hair will freeze.”

One parent who commented on the petition said she is concerned about her daughter who commutes to campus.

“My daughter commutes there,” said Melissa Tipton. “She doesn’t have the luxury to go to a dorm. She must drive and the roads may be icy, not to mention it is too cold for any student to have to walk to any class.”

Creator of the petition, junior nursing major Lakin Fatula, said that she saw other schools canceling classes and thought the petition could help sway the opinion of officials at Robert Morris.

“I was on social media and saw that a few schools nearby also had off Wednesday and Thursday due to weather,” said Fatula. “I figured it wouldn’t hurt to try the petition to cancel class because the weather is supposed to be record low.”

Although RMU is not a large campus in comparison to other schools in the region, Fatula says students are stuck walking long distances in the freezing cold.

“Although the campus isn’t huge, students still have to walk a distance to classes or venture out into the cold if they commute,” said Fatula.