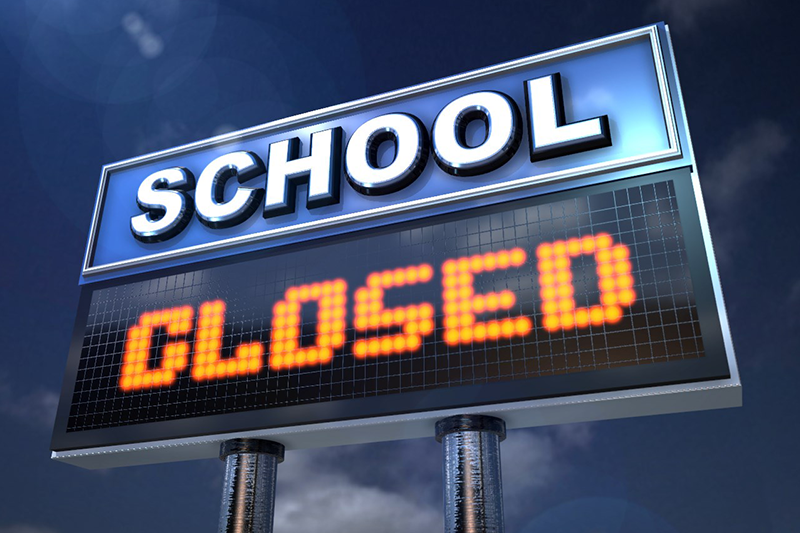 MOON TOWNSHIP – Classes at Robert Morris University have been canceled until 4 p.m. on Wednesday.

A strong winter weather system moving through the area brought heavy snow and ice to the Pittsburgh region.

University officials posted to their website that all classes before 4 p.m. have been canceled. Officials also stated that University Blvd. is closed.

Officials sent out an RMU Alert at approximately 9:30 alerting students, faculty and staff of the closure.

“I mean this is a main road, why wasn’t it cleared?” said Chip Mann, the manager of the Auto Zone on University Boulevard in Moon Township.

The same question seemed to be asked by many of the people that RMU Sentry Media’s Gage Goulding spoke to on Wednesday, except for one person.

Meet Will O’Donnell, who took to the streets with his bicycles outfitted with special studded snow tires. The reason O’Donnell is riding, well that’s rather simple:

“I’m retired and I’ve got a lot of time on my hands,” said O’Donnell.

He says this is not the first time he’s ventured out into the snow with his bike. O’Donnell even has a special route mapped out for days just like Wednesday.

“I have sort of a route for days like this,” said O’Donnell.

It was not all fun and games though on Wednesday as roads across the region were dangerous.

University Blvd. was the culprit of the heavy snowfall and mixed precipitation which equaled out to create dangerous driving conditions.

A tractor-trailer headed southbound in the uphill lanes of University Boulevard jack-knifed after trying to traverse the road covered with approximately eight inches of the slushy rain and snow mixture.

The what could have been accident is the exact reason why Chip Mann delayed sending out her delivery drivers Wednesday morning.

“I had to hold up my deliveries for a couple hours because I just wasn’t sending my drivers out on the road,” said Mann.

Although O’Donnell says he enjoys riding his bike in the snow, conditions on Wednesday were dangerous and urges drivers and bikers alike to be careful.

“It is really slick underneath the snow, especially when you need to make a turn or something,” said O’Donnell.

Stay with RMU Sentry Media for the latest updates.