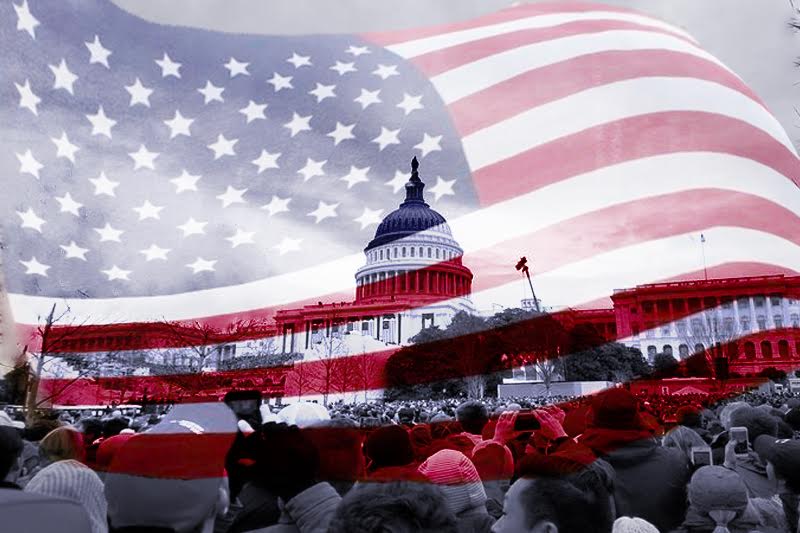 On Jan. 20, Donald Trump was sworn in as the 45th president of the United States of America in the District of Columbia. Amongst the 10,000 Americans who stood on the National Mall in attendance were some of Robert Morris University’s very own College Republicans.

Early in the morning on Inauguration Day, RMU’s College Republicans gathered onto a Debolt Tour bus for the five-hour journey to the capitol.

“After election night we kind of formed a plan to attend the inauguration together,” said College Republican member, Samantha Medasie, about the initial idea of attending. “We just kind of went for that fellowship and club bonding, but ultimately just to see something that we were all excited about.”

“Our club worked hard all semester to encourage college students to educate themselves about current events and the election, and most importantly to vote,” said member Alana Hiner via email. “We couldn’t ask for a better way to go celebrate a Republican win than go to D.C. as a club and witness history.”

According to the RMU website, “the purpose of the RMU chapter of College Republicans is to make known and promote the principles of the Republican Party to the RMU community, aid in the election of Republican candidates at all levels of government, encourage and assist in the organizational and active functioning of the Republican party and the local, state and national level and develop political skills and leadership abilities among Republican students as preparation for future service by them to the party and community.”

Medasie and Hiner, along with fellow club member Kaitlin Greco, all expressed their support for Trump since the beginning and excitement to experience the historic moment.

“I was a Trump supporter from the beginning and as soon as he won the election, I was going to try to get to the inauguration some way. This whole election season has been historic, and I didn’t want to miss this celebration of new beginnings for our country,” said Hiner.

When asked what brought her to the inauguration, Greco alluded to the support she had for Trump from the primaries to rallies she attended leading up to the election and the inauguration being the final place to experience with fellow Trump supporters.

“It was really cool seeing all the American flags and all the “Make America Great Again” hats and stuff like that. There were some protesters there of course but we didn’t really see anything violent,” said Greco.

Although the College Republicans were in the Capitol, they didn’t see much other than National Mall due to most of D.C. being closed off to the public because of the inauguration.

“We were kind of confined due to large crowds and things like that so we didn’t necessarily get to see a whole lot but I mean it’s D.C., there’s a lot of really great stuff everywhere so it was just nice to be there in, you know, kind of the heart of the country,” said Medasie.

Although they didn’t see much else of the Capitol aside from the inauguration the RMU College Republicans were grateful of their experience.

“To be able to vote in my first election and attend the inauguration is a true blessing and an experience I will cherish forever,” said Hiner. “It was emotional and surreal to stand on Pennsylvania Avenue and hear the promises our president made to each of us echo across the streets of Washington, D.C. It is a moment I will never forget.”