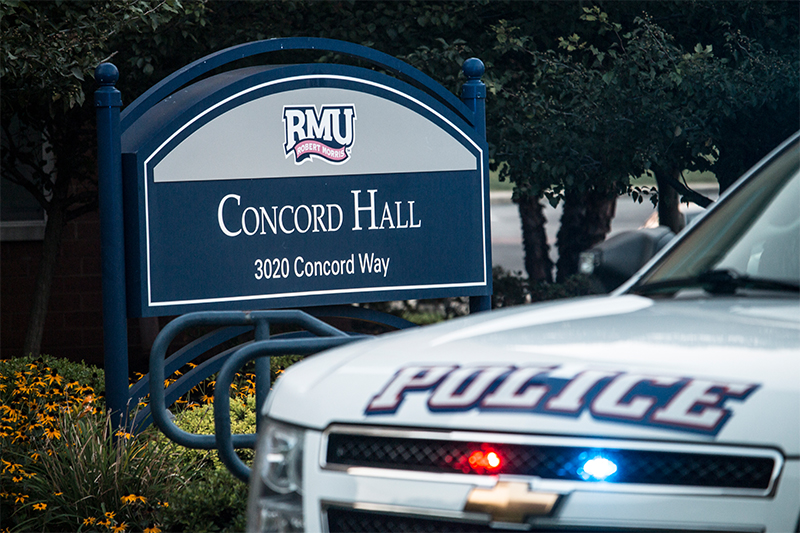 A fire started at Robert Morris University in Concord Residence Hall on the third floor on Aug. 21.

From an initial call made to the police department, it was believed that the fire was caused by a laptop. After further investigation, the fire department found that the laptop was in close proximity to a candle.

“The fire will be listed as accidental,” said Randy Mink, chief of RMU Police. “It will be considered accidental but influenced by a candle. There were no injuries whatsoever. I believe that our facilities department estimated that the damages are under $15,000.”

Candles are prohibited by the university, as well as other items that can cause fires. The RMU Public Safety Department asks that you check the rules listed on the Residence Life webpage to make sure there are no hazardous items in your dorm rooms or suites.

“(Punishment) is not up to the police department,” said Chief Mink. “That is a Student Life/Residence Life decision that deals with that. We only provide the information on what transpired. Having a candle in a room is not against the law, and there was no criminal act whatsoever on that part.”

An e-mail was sent to students around 11 p.m. on Aug. 22 by RMU News explaining that the fire began at 7 p.m. The Moon Township Volunteer Fire Department and RMU Police were able to contain and extinguish the fire quickly. There were no injuries and only four students were affected by damages.

“I live in Concord, so I was in the building. And so all the alarms went off and then I walked out and everything. There was a lot of smoke on the third floor when I walked by it so that was a little freaky,” Scott Roan said.

The four students’ suite in Concord Hall will need partial restoration according to the e-mail. They will be relocated to Yorktown Hall until the restoration is completed. Other students who are scheduled to move into Concord Hall can do so as scheduled.

“When I was coming out there was already cops clearing the third floor,” Roan said. “We had no idea when we were going to get back into the building and stuff. We were outside for like two hours… It was a little frustrating not knowing what was going on. But other than that, I thought it was handled pretty well.”