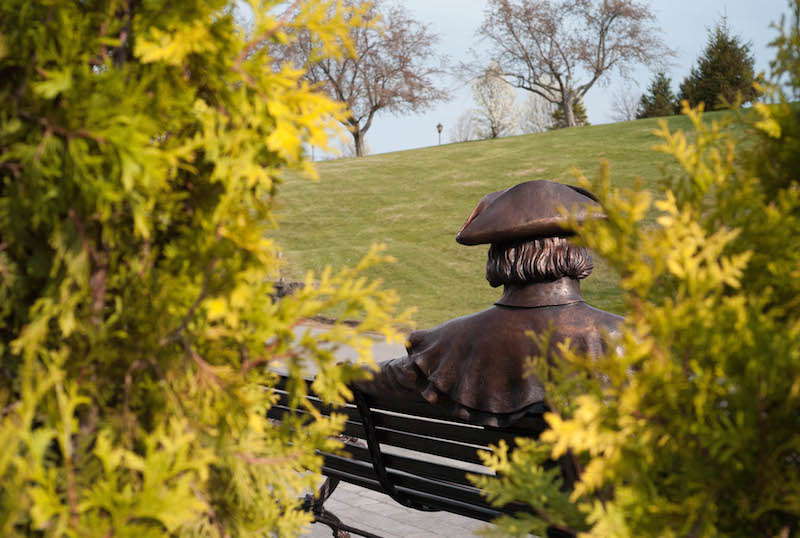 Robert Morris University continues to concentrate on safety in light of recent hazing incidents across the country.

Although RMU has always held a strong stance against hazing, due to recent events at schools such as West Virginia University, Ohio State University, and Bloomsburg University, Greek Life at RMU has become even more anti-hazing.

“We haven’t taken any steps simply because of WVU but I’ve been monitoring their situation given my involvement in the national Greek Life industry,” says Scott Irlbacher, Director of Special Programs and Student Community Standards at RMU.

Several incidents have taken place across the nation in the past year involving hazing.  In July, a case of sexual hazing at Ohio State University, led to the firing of the marching band director, Jon Waters.

According to the New York Times, band members recalled “a culture of harassment and alcohol abuse in which students were told to mimic sex acts, march down the aisle of a bus while others tried to pull their clothes off, and march on the football field in their underwear.”

In another case of violence within fraternities, a student at Bloomsburg University was severely beaten at a frat party, resulting in the student being left with brain damage after the incident.

In the most recent case of hazing, a freshman student at West Virginia University died after an incident within the Kappa Sigma fraternity.  Due to this, the chapter was suspended at the university.  The incident occurred on November 14.

“When I first heard word of the incident I was worried about the boy’s life and also highly irritated. At schools like WVU, hazing, binge drinking and other social activities take priority over academics and community service,” said CaraLee Russell, President of the Panhellenic Council at RMU. “At RMU we are spoiled with a overall morally straight group of students. Not saying anyone is perfect, but our Greek Life is one to be proud of especially compared to other campuses. Incidents, such as the one at WVU, just make us want to prove even more that Greek Life isn’t about drinking and parties.”

According to Irlbacher, there hasn’t been a case of hazing within Greek Life since 2009.

“Hazing is a big no-no here at RMU. If there were an incident of hazing the consequences would not only include legal and academic, but also social punishments,” said Russell.

Regardless, the university is still taking precautions to ensure this remains the case.

“Starting this semester anyone part of fraternities and sororities at RMU had to sign off on a hazing compliance statement that included both the university policy and state hazing law.  Previously the statement was only completed the semester when a student became a member,” said Irlbacher. “In addition to now requiring every member of each chapter to sign off on a hazing compliance statement, we’ve also ramped up our education. We hosted a hazing expert for National Hazing Prevention Week in September and also an attorney and Greek Life legal expert for National Collegiate Alcohol Awareness Week in October.”

Irlbacher said that the university does not tolerate hazing of any degree.

Hazing is defined by RMU as “any reckless or intentional act, occurring on or off campus, that produces physical, mental, or emotional pain, discomfort, humiliation, embarrassment, or ridicule directed toward other students or groups (regardless of their willingness to participate), that is required or expected of new members and which is not related to the mission of the team, group, or organization. This includes any activity, whether it is presented as optional or required, that places a new member in a position of servitude as a condition of membership. Prohibited acts of hazing include those covered under Pennsylvania State law.”

“We try not to include specific examples of hazing and that’s what I like about our current policy. Intent and group membership is what separates hazing from bullying or harassment. As our society becomes even more litigious, more and more activities are being banned from member on-boarding processes for all groups,” said Irlbacher.

There has been discussion recently that RMU may establish a Greek Row, or a Greek housing option on campus.  This raises the issue of whether or not this will affect the way students interact with one another in Greek Life.

“One of the challenges at WVU is that the fraternity house was privately owned and off campus so the university had little control over what goes on in the house. The goal for RMU is to provide a university-owned Greek housing option that could be houses, but the type of structure is still undecided,” said Irlbacher. “If we build it, it would be part of the university housing and supervised by Residence Life so conduct would be monitored just like all other housing options.”

Since the university would monitor Greek Row, some believe the housing could bring those in Greek Life together.

“I think it would also discourage hazing even more because it would be monitored through the university,” said Russell.  “Right now chapters rent off-campus housing and have the privacy to haze if they wanted to.”

While there are still incidents across the nation, many believe hazing has gone down in recent years.

Some attribute this to a changing definition of hazing.  Russell believes that hazing has gone from a physical level to a culture of humiliation and alcohol.  Others such as Irlbacher believe many students are no longer willing to go through hazing.

“Hazing has died down as generations have changed. Many students are no longer willing to be humiliated or demoralized just to gain acceptance on a team or in a student organization,” said Irlbacher.

RMU remains a haze-free campus and continues to raise awareness.

“RMU Greek Life understands that hazing is illegal, harmful, and unnecessary. During National Anti-hazing Awareness Week we raise awareness by tabling in the Cafeteria and usually have a speaker as well,” said Russell. “Greek Life is so often seen as the only organizations that haze. We team up with the athletics department for these events to educate sports teams about hazing new players and the damages it can do.”