Student says her dorm was "infested" with bed bugs 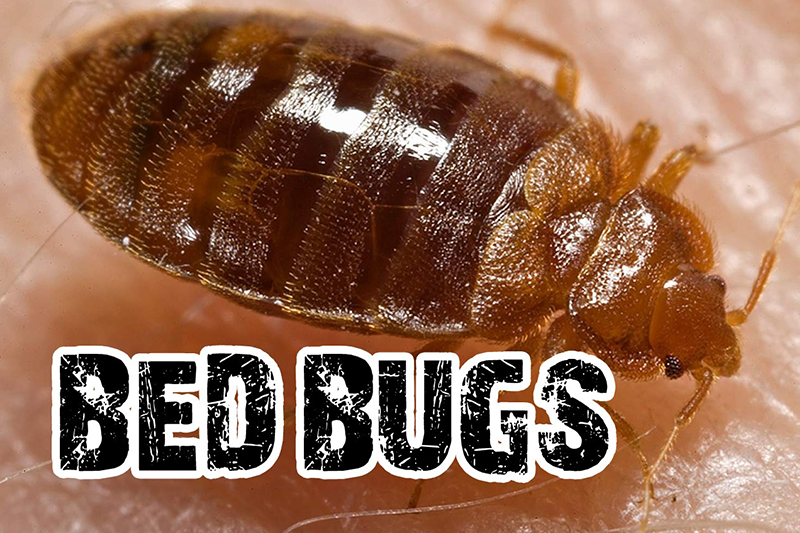 Taylor Grandizio, a freshman who lived in the room, described her experience with the infestation, an issue she did not anticipate at first.

“Everybody else had different issues with their room, but I felt like our room was pretty good,” said Grandizio.

But in early November, she started seeing a couple of bugs on her sheets. She confirmed the infestation with Colonial Central after realizing she had bed bugs in her room.

“I had just got back from class and I crawled into my bed. I saw something moving out of the corner of my eye,” said Grandizio. “I saw it was a bug, and I grabbed it with a tissue … I saw three other ones that looked the same crawl out from my comforter and my pillows.”

Grandizio remembers how hard it was to get rid of them. After two treatments by the exterminator, they still came back.

“It’s like a horror story,” she added. “It was a definite infestation.”

This is the first reported case of bed bugs this school year. Facilities Services and Residence Life at reworked together to solve the insect issue.

“We’ve been really blessed in this university, we haven’t had a regular issue or concern with bed bugs. I’d say we’re pretty lucky from that standpoint,” said Anne Lahoda, director of Residence Life.

According to their website, bed bugs can be found anywhere with people and can sneak into various items, including clothing and luggage. They prefer to live in protected areas where people sleep, including at the seams of mattresses or inside furniture.

“(The exterminator) gives them a protocol list of what (the student) are to do in their room before he comes back. You have to put the items in large garbage bags and seal them,” said Diana. “He goes in, he treats the room, and they have to stay out of the room for three hours. He does the recheck for any live activity and usually, there is no live activity after the second treatment.”

After winter break, Grandizio eventually discovered why the treatments were unsuccessful — these pests were coming out of her walls from almost every crack behind her tapestry.

Maintenance had to come into the dorm and fill up the holes where the bed bugs were burrowing.

“He (the exterminator) said there were so many that they would’ve had to have been there before I moved in,” Grandizio said.

Grandizio then moved out of the room and into another dorm a couple of doors down. She reports no problems with an infestation in her new dorm.

The previously treated dorm was checked for any more live activity and is currently a safe living space for students.

“This is the first time a student who had bed bugs had elected to move out of their room,” said Anne Lahoda. “Historically, the student stays in it once they treat it. There was an open room down the hallway and the goal is to make the student feel as comfortable as possible.”

Because of her experiences in the room, Grandizio opted to move out.

“They had maintenance come in and fill all of the holes they were burrowing in the wall,” she said. “After that, they said I could live in it, but I did not want to.”

People can get rid of bed bugs with heat treatments, which resulted in some damaged items, including clothing and bedding.

“When you do anything with bed bugs, you have to wash and dry every piece of clothing you own, every curtain, your carpet, your towel, on high heat, which means I lost a lot of stuff due to burning or color bleeding or shrinkage,” she said.

This Hancock dorm was a unique case as bed bugs are not a common occurrence in Robert Morris. After the unfortunate incident, Grandizio reports being more comfortable in her new dorm but still remembers the infestation.

“I get nightmares about it still,” she said. “I get phantom itches.”