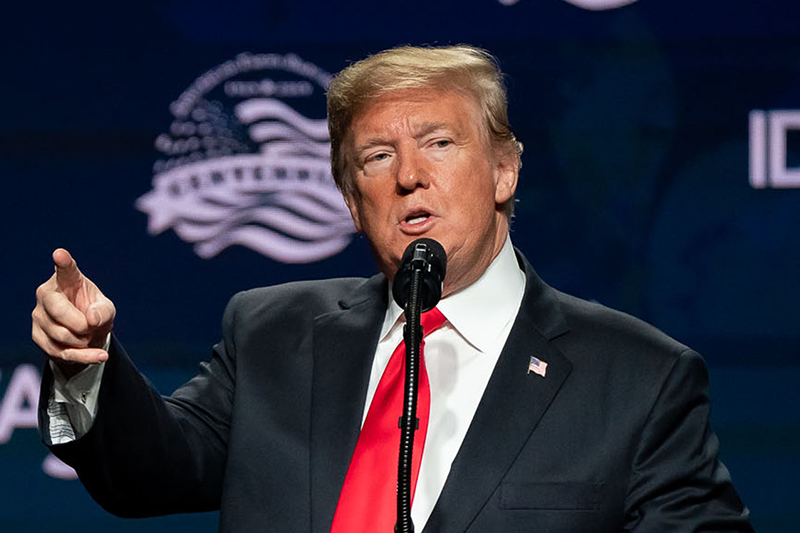 MOON TOWNSHIP — On March 21, President Donald Trump signed an executive order that requires colleges to respect free speech on campus or they will lose federal funding.

The order will withhold a school’s share of a $35 billion budget that is set aside each year for research and educational grants. RMU Sentry Media reached out to student political leaders on campus to hear their thoughts on the executive order.

“I think any legislation that is looking to improve the ability of students to speak freely on campus is a step in the right direction,” said Ian Stubbs, president of the Political Science Club at Robert Morris. “I think the concern over this particular executive order is that it is protecting only the speech of some students.”

Stubbs’s thoughts mention the criticism of the order, as critics feel that it is designed to only protect conservatives on college campuses. Stubbs feels that, while the order was made in response to issues involving conservatives feeling suppressed on campus, all will benefit from the executive order.

“I do feel President Trump’s intent was to protect free speech violations on primarily conservative student groups (based off the cases of suppression he offered in relation to the order),” stated Stubbs in an email. “However, as I stated earlier, the order itself is written broadly enough that it can be utilized, and should be utilized, by anyone whose speech is violated on a college campus.”

Matthew Markulin, president of the College Democrats at Robert Morris, agrees with the criticism of the executive order.

“From my perspective, President Trump’s executive order is nothing more than political and does not address any potential issues regarding free speech on college campuses,” said Markulin. “It is blatant red meat to his base to further continue discussion over an issue that doesn’t even exist.”

As for the College Republicans, the order is a step in the right direction.

“We support the president’s executive order,” said Samatha Medasie, president of the College Republicans. “The RMU College Republicans believe in the First Amendment and promoting free speech. We applaud the President for calling attention to the harassment and suppression that our conservative friends across America are facing.”

While public schools are already required to protect free speech under the first amendment, private universities, such as Robert Morris, are required to follow their own institutional rules. While this does give private universities the ability to restrict speech, Medasie, Markulin and Stubbs all feel that Robert Morris does a good job of allowing both sides to be heard.

“I think that the political climate at RMU is evenly distributed on both sides of the aisle,” said Medasie. “Other than the occasional flyer being ripped down, I feel that our ideas have been listened to by the administration and fellow students.”

“At RMU, both conservative and liberal viewpoints are accepted and welcome on campus,” said Markulin. “Throughout my four years at RMU, individuals from both ends of the political spectrum have been invited onto campus to speak. RMU has also done a wonderful job at fostering itself as a bipartisan institution, always welcoming discussion and individuals from both ends of the spectrum.”

Stubbs mentioned that while he has heard about fliers being ripped down, he doesn’t feel that it is suppression. He feels that the conservative groups on campus have done a good job and have not been suppressed because of that.

“Lots of people still attend their events and there are many ways to find out what they are planning beyond fliers,” said Stubbs. “Additionally, as far as I know, no events have been cancelled on campus due to protests or general outrage. It is certainly something that we have to monitor but I have found the political scene on campus to be pretty fair and diverse. Certainly there may be grumbling about one group or another’s events but that is probably a good sign of a respectful student body.”

As for if the order was necessary or not, the two sides are split on the issue. Markulin feels that it is unnecessary given that he doesn’t see an issue, while Medasie feels that conservatives will continue to speak up, regardless of suppression.

“I believe that conservative students are strong in our beliefs,” said Medasie. “And whether or not the government intervenes, we will continue to speak out despite attempts to suppress our speech.”