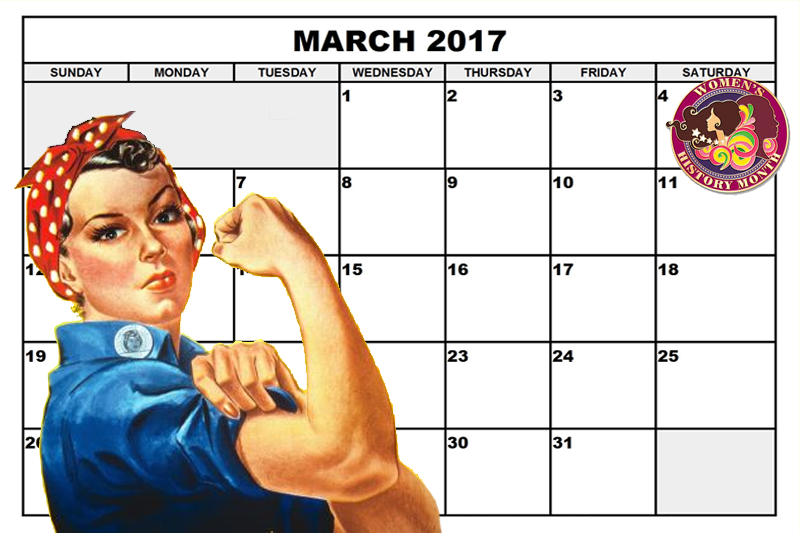 During the month of March, students and faculty at Robert Morris University are joining the nation in putting a spotlight on women’s achievement.

Leaders at Robert Morris are spearheading a month-long veneration of women through awards ceremonies, commemorative meals and even stage productions.

“Women’s History Month, nationally and on campus, does a really nice job of celebrating the accomplishments of women,” said Lauren Rauscher, the director of the Women’s Leadership and Mentorship Program (WLMP) at RMU.

Rauscher, who is also a sociology professor at RMU, said that the purpose of Women’s History Month is two-fold. It shines a spotlight on women’s achievements, and it also represents a call to action.

“I think if we just look at the political arena right now, women only comprise 19-20 percent of Congress. There are four female governors in the entire country,” Rauscher said.

“If we continue at the rate that we’re going now… we will reach parity with men in 500 years,” Rauscher said.

The WLMP hosts events called Celebration of Women Luncheons, each of which celebrates the accomplishments of a particular woman at RMU. Rauscher said that the events are nice because they put a woman in the spotlight.

“What is (the woman) doing, and let’s celebrate what she’s doing,” Rauscher said of the events.

The arrival of Snowstorm Stella affected some WLMP programs, including the most recent Celebration of Women Luncheon, which was slated for March 14. The luncheon was rescheduled and will feature businesswoman Brenda Henwood as planned.

One new member of WLMP, Essence Davis, shared her thoughts about the program and Women’s History Month. Davis said that the university’s celebration of women is about being exposed to new ideas.

She is one of twenty-three members that form the fourth and newest cohort for the WLMP. According to Rauscher, the program has seen a lot of success, to the point that its acceptance rate reached eleven percent.

“So it has become really competitive,” Rauscher said, yet she and her team want everyone on campus to benefit. “We want to increase access to opportunities, to new ideas, to skill development, to all of it on campus… So we’ve had to do some programmatic changes.”

Davis, a freshman cyber forensics major, said that she loves being a member of the WLMP.

“There are so many opportunities for me,” Davis said. “It’s a program that helps empower and inspire women to strive to be greater than what society tells them that they can be… It also helps to prepare them to go into the work field.”

The celebration continues. There are still upcoming events, such as the Women’s History Month Luncheon (different from the Celebration of Women Luncheon) and a Freedom Players production titled “Women on Stage: A Series of Speakers, Songs, Poetry and Scenes.” President Howard is involved as well.

“We’re also having a Women’s Leadership spring reflective dinner at the President’s house on the 28th of this month,” said Davis.

Due to the amount of interest, Rauscher and her co-workers have opened up certain WLMP activities to students and faculty who are not official members. Rauscher suggested keeping an eye on the program’s Revolution page.

“We post our workshops there, we post our book groups… a really nice group to be a part of,” Rauscher said.

The RMU women’s basketball team made headlines during Women’s History Month when the team defeated Bryant University in order to become the Northeast Conference champion. The team faced off against Notre Dame on Friday, March 17 in South Bend, Indiana.

For a Women’s History Month calendar of events, click HERE.