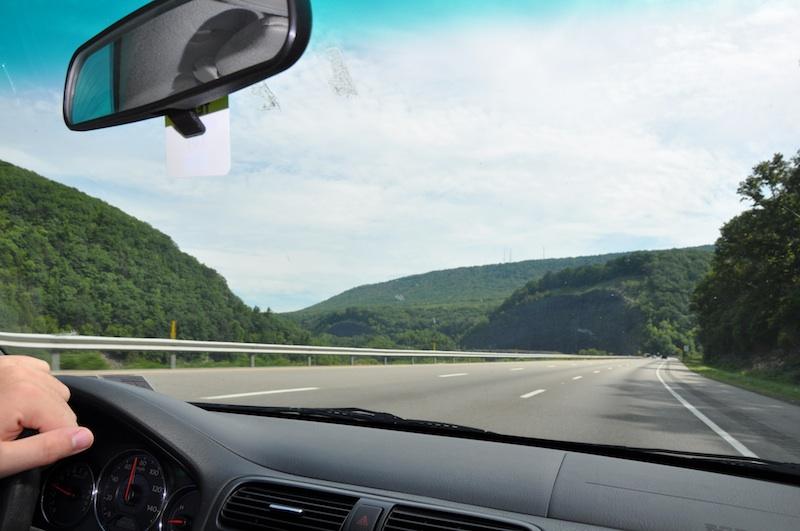 “The police department is here for really everyone’s safety.  I continue to make sure that everybody is truly safe here, that no one gets hurt, and that is our number one goal,” said Mink.

So what has a man so dedicated and supportive of RMU’s student body so concerned?

The roads. Mink said he often notices a large amount of students running stop signs, speeding on campus, not paying particular attention to the crosswalks, and other rules that are associated with the laws of the road. One of the biggest concerns is the safety of the pedestrians.

So how does Mink and his staff expect to enforce this legislation on campus?

“Last year, we started a program where we were issuing warnings for stop sign violations and speeding violations,” he said.  “We’re going to start that program back up here shortly and continue to use this program and we may start issuing citations for that. It’s not because we want to, it’s because we have to let people know they have to slow down. It’s just like the community of Moon Township, Pittsburgh, or wherever you live, and that’s what it’s about: safety.”

The police force is not the only group that can make a difference, though. Mink made it abundantly clear that his goal is not to write citations, but just to remind students to be careful as both drivers and pedestrians.

“The students, first of all, need to be cognizant of their own safety. The police department can’t be out there 24/7 watching an intersection or stopping every student as they walk up a crosswalk. So it’s your responsibility as a student to first of all know what the rules are,” said Mink.

Mink also added that one of the most concerning violations he has seen is students not using the newly constructed stairs outside of the front of Nicholson heading towards the Sewall Center and Joe Walton Stadium. Instead of using the crosswalks or sidewalks, students are venturing out into the roadway to traverse in all directions.

“I’ve actually seen forty to fifty kids walking on the road and had to stop for them where all they had to do was stop and jump up onto the sidewalk,” said Mink.

He added that students must remember there are always future plans in the works to increase public safety.

“Now you can look at that and you can say well maybe that’s kind of a dumb rule, but it’s put there for people’s safety. The university spent a tremendous amount of money over the last several years installing sidewalks, and stairways for student use. To make it easier to get from point a to point b,” said Mink.  “Now I can say that maybe that sidewalk is inconvenient because of where it is at, but it fits into the master plan because it is going to continue down that hill into the portal of Joe Walton Stadium. So it’s not all built yet, it will come eventually.”