RMU to construct new $5 million building for the School of Engineering, Mathematics and Science 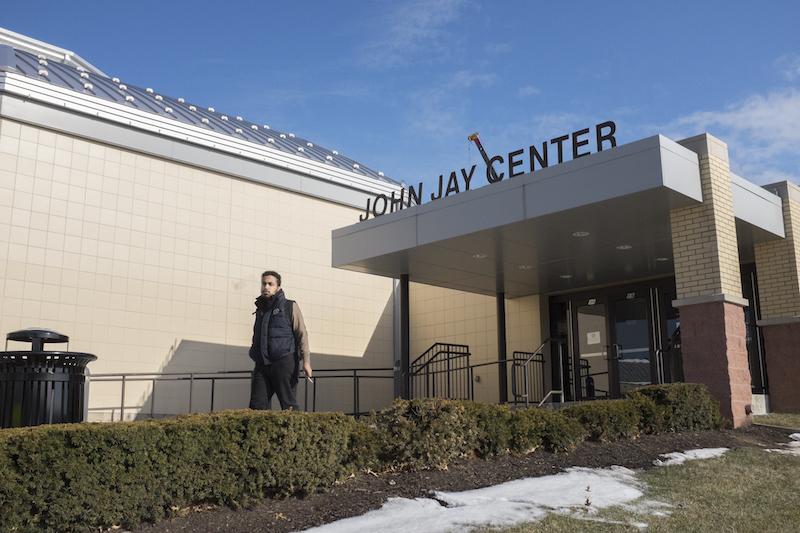 MOON TOWNSHIP – Robert Morris University will be using a $5 million grant to create a new building for the School of Engineering, Mathematics and Science.

The SEMS current home, John Jay, will undergo heavy renovations in order to bring in prospective students and create a more efficient academic environment for those currently enrolled.

Funding provided by the Richard King Mellon Foundation will allow the university to create six to seven new engineering labs along with collaborative spaces for faculty and students.

The project will allow RMU to expand on their STEM innovation center and help properly showcase technology and equipment that is provided to students to create a realistic and advanced education.

“We have artificial intelligence, robotics classes, virtual reality and augmented reality,” said the dean of School of Engineering, Mathematics and Science, Maria Kalevitch, “We just need the facilities to showcase that the talent we have also matches the facilities that we build.”

RMU anticipates using the additional labs to not only educate currently enrolled students but to also engage with outside parties in order to demonstrate what the university has to offer.

“We will be engaging high school and middle school students and we will be inviting companies that promote STEM education,” said Kalevitch. “It is an opportunity to showcase what RMU can do and also create that important pipeline of student enrollment.”

The project is expected to take place in two phases: phase one deals with the addition of the labs and the physical construction, and phase two will focus on showcasing some of the SEMS’s best programs.

“In mathematics, we have the center of excellence and in science, our environmental science is among fifty best programs in the U.S.,” said Kalevitch. “We need to showcase them as well and give them the facilities that they need, so with that said, this will be phase two and fundraising is still underway.”

The renovations to John Jay have been ongoing for several years and are a result of close work with an architect.

“We are the last academic building on campus that does not have this renovated area,” said Kalevitch. “We have been thinking at first just hypothetically, drawing some things on the napkin, and our architect is good about that, he listens very tentatively to what we do and works with our facilities and has a master plan for the entire institution.”

The School of Engineering, Mathematics and Sciences will be working alongside the architect on the project. After working closely with the architect, campus officials are wrapping up the small details in order to begin the work that lays ahead.

“I think they are working through the bidding process right now and really all we need is a contractor who can start building,” said Kalevitch.

Construction is expected to begin this fall and will be commenced on Nov. 12 at 3 p.m. with a ground-breaking ceremony held just outside the John Jay building. The project is expected to be completed by next summer.

Kalevitch hopes that this upcoming progress will act as one of the steps to bringing RMU to the next level of education.

“We are looking at higher education in the new digital era,” said Kalevitch. “I think that the facility will give the option to our students to be successful.”