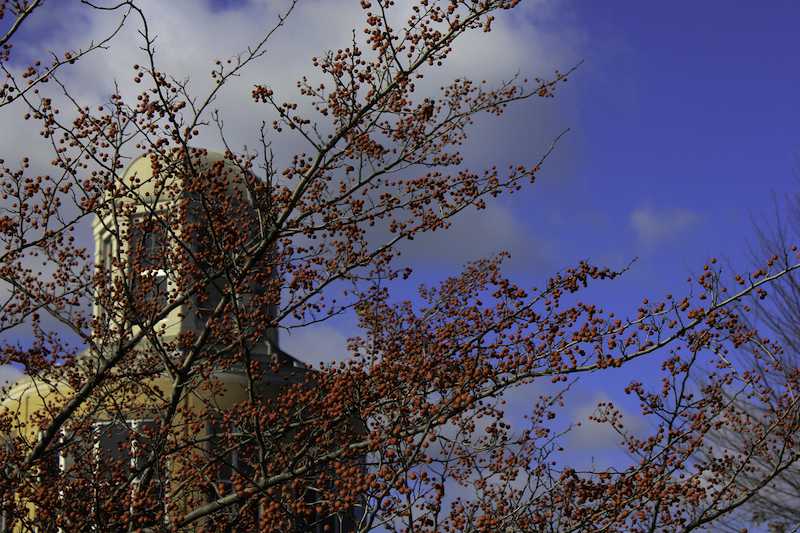 RMU’s Roundtable Series kicked off this past Tuesday afternoon with Dr. Elizabeth Stork’s “Women and Power in Print Media: Cover Girls” event. Stork is the associate professor of Organizational Leadership at RMU.

Sheryl Sandberg, now the chief operating officer of Facebook, graced the cover of Fortune magazine in Oct. 2013. Stork was struck by Sandberg being one of the most powerful women according to the publication. Upon looking inside, she noticed that the photos chosen of the other powerful women were that of younger and more attractive.

“Why don’t they give a picture of everybody?” Stork asked.

She was curious as to why only the young and attractive were portrayed on the cover, as well as inside the magazine.

Stork showed 14 covers of Fortune and Forbes issues of the most powerful people or women from over a three-year period. All of the individuals on the covers ranged in gender, race, ethnicity, etc.

The professor held an open discussion of the covers and then asked about the poses and stances of the people, colors of the background, the clothing they were wearing, etc. She also asked the audience to write down on a notecard some adjectives we thought that each person gave off in his or her body language and facial expressions.

Stork asked what the audience thought power looked like. Again, she asked everyone to write it on a notecard so she could read the results. She was conducting an experiment for a conference she is going to be attending in about six weeks.

She previously attended the “Pop Culture of America” conference several months ago and will be going to the “International Leadership Association Conference” in San Diego.

This Roundtable Series was far from a lecture with Stork often asking what the audience thought and how they perceived the covers. She asked many questions which included: If there is a list of the most powerful people, women included, and a list with the most powerful women, why is there not just to separate lists?

This question posed an open discussion in the classroom where everyone had an opportunity to be heard.

During this open discussion, someone asked Stork why she only used Forbes and Fortune. She replied that she did mainly use money magazines but she did also use Newsweek and Time as well.

“To be powerful, you have to run something,” said Stork.

People who cause change are powerful people. Stork stated that some of the things that all of these people share are wealth, sphere of influence, impact and control of resources. These people are involved in the business and technology world.

Stork got the audience to speak their minds and observe the little things like stance and the gaze of individuals on a cover can mean more than we consciously think.