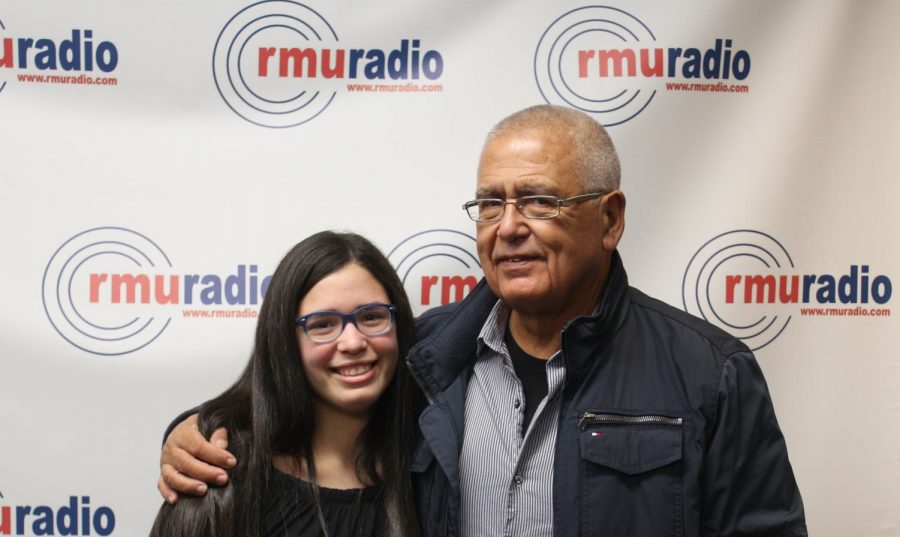 MOON TOWNSHIP — While many are following the political conflict in Venezuela, their engagement usually only lasts as long as the story appears on the evening news. For Robert Morris University student Maria Calcano, however, Venezuela is not just an exotic nation that is facing a crisis: it is home.

Maria moved to the United States in 2014, seeking a better education than she could find in Venezuela. While she still loved her country, the opportunities in America were more than what was currently available at home. As the situation got worse in her home country, however, trips back and forth became more scarce.

“I didn’t go back to Venezuela until 2016,” said Maria. “After that two-year frame, I was shocked because the country I left looked totally unfamiliar. A lot of my friends had left the country, so it felt different. It didn’t feel like home.”

With friends and family still in the country, Maria is able to keep track of what is currently happening at home. First-hand accounts and watching the limited news broadcasts allow her to understand how bad the situation at home is.

“I see the news, and I have a couple of friends still back at home, and they say it’s getting worse,” said Maria. “There’s no food or medical supplies, so we see how a lot of people in hospitals are dying. They don’t have medicine and are the ones being affected the most.”

Dr. Soren Fanning, a history professor at RMU, said that the political situation in the country began with the death of Hugo Chavez, the former president of Venezuela. After his death, Nicolás Maduro was placed into the position and assumed the responsibilities of the president. This included the same economic issues that the past president faced.

“Due to high global oil prices, he was able to spend a large portion of Venezuela’s GDP on the population, subsidizing food and medical costs at public expense,” said Dr. Fanning. “Near the end of Chavez’ life, he died of cancer in 2013, a slump in world oil prices was already threatening his extensive domestic spending program. Maduro came to power just as Venezuela’s economy, dependent on oil exports, started to suffer drastically.”

As the economic situation continued to get worse, the people of Venezuela saw a decline in resources such as food and medicine. As a result, public approval of Maduro took a negative turn.

“Maduro has had to cut a number of the social safety nets set up by Chavez as the economy began to crash,” said Dr. Fanning. “This, coupled with allowing the military to manipulate Venezuela’s currency, sent the economy into a death spiral. This isn’t so much due to the ‘socialist’ nature of the economy as much as it is a consequence of Venezuela’s crippling dependence on world oil prices.”

Maria’s father, Pedro Calcano, was able to see the effects of these policies first hand. A business owner in Venezuela, he saw his successful business lose its value each day.

“I had a very prosperous business,” said Pedro. “I would estimate it to be worth around $30 million to $40 million dollars in assets. Right now, it’s not worth a million.”

Pedro is the owner of a hotel in Venezuela. The rapid rate of inflation has drastically changed what a room is worth, leading to financial strain on the industry.

“When I started out 10 years ago, I would rent out a room for $35 to $40,” explained Pedro. “Right now, you couldn’t get $3. That can give you an idea of the hyperinflation and the lack of people wanting to go to Venezuela to do business.”

After Maduro was sworn in for his second term in January of 2019, the people of Venezuela claimed foul play in the elections and raised a new candidate, Juan Guaidó, to be the interim president.

After the United States announced their support of Guaidó, many politicians began to debate the decision. Citing the already rocky relations with Latin America, many people felt the decision to support the interim president was a mistake.

“For a number of reasons, our actions are not seen as legitimate or in good faith by many in the region, in part because of the United States’ long history of intervening in these countries when it suited our interests,” said Dr. Fanning. “On a more practical level, any saber-rattling on our part only lends legitimacy to Maduro’s claims about American Imperialism, and gives him a stronger grip on power when his mismanagement and frankly illegal seizures of power should make him the target of international condemnation.”

For the Calcano family, the decision showed that the U.S. was interested in restoring the democratic government to its proper status in Venezuela.

“I don’t understand why they didn’t do it sooner,” said Pedro. “The Castro-Communist regime practically runs Venezuela. I agree totally with the new scheme of things where they are talking about looking even closer at Nicaragua and Cuba and what they’re doing.”

“There will most definitely be elections soon,” said Maria. “A transition government will be there for three or six months, it all depends on how long it takes for them to organize the elections. The government in Venezuela will return to a democracy.”

The people of Venezuela and the United States both value the power of democracy, wanting to see the next generation succeed. Finding stable jobs and living a comfortable life is a universal concept. While they may be in a political struggle now, Maria remains optimistic about the future and the success of the Venezuelan people.

“I want to have the same benefits in Venezuela that everybody has here,” said Maria. “I want people to have the ability to graduate, get a job and live on your own. There is no way that if I went back home I would be able to live on my own or get a job. I hope that everyone that is outside of the country for education, when things get better, can all go back and help rebuild the country with the inputs we have gained from all over the world.”