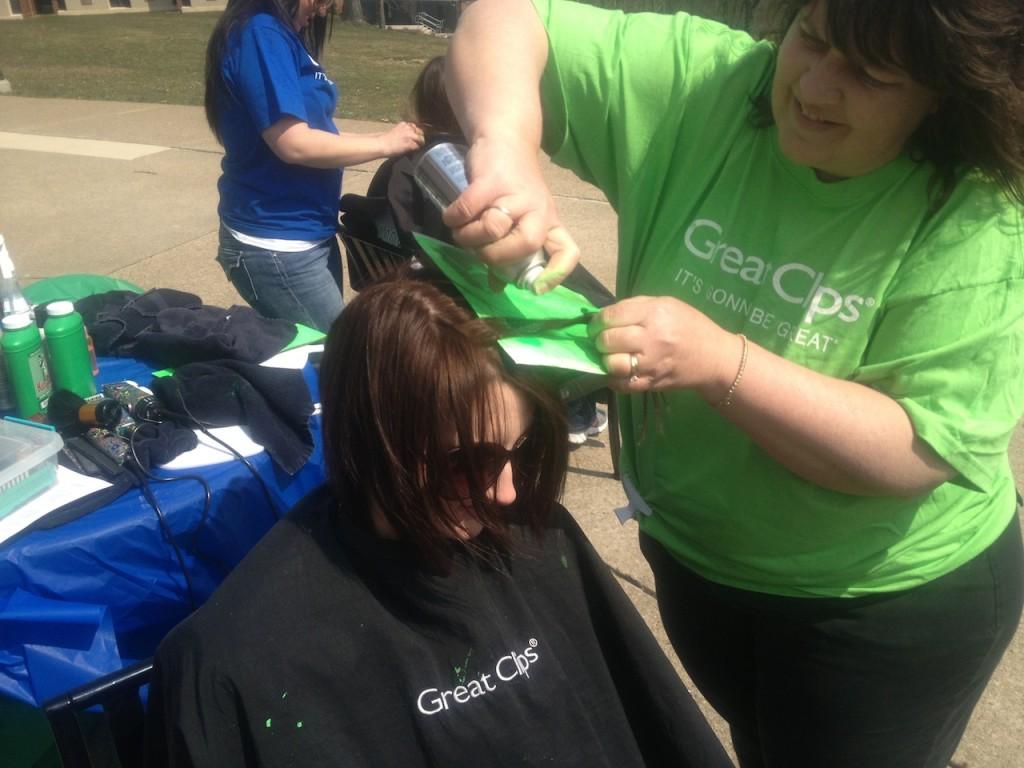 Brave the Shave encouraged students to dye a green streak in their hair or get a buzz cut in support of the fight against childhood cancer.

Members and supporters of RMU’s Kappa Delta Rho (KDR) chapter Eta Alpha gathered at the gazebo from 10 a.m. to 4 p.m. for the fraternity’s Brave the Shave event.

Brave the Shave is a national KDR event that partners with the Andrew McDonough B+ (Be Positive) Foundation to raise awareness and money for the fight against childhood cancer.

Those who stopped by the gazebo could either have their heads zero-guard buzzed or get a temporary green streak in their hair in support of the event. Great Clips provided all of the hair services free of charge.

For a $1 donation, participants also had the opportunity to pie Chef Ed.

For RMU’s Brave the Shave organizer and KDR Senior Tribute, Dwight Herb, the event was personal, as it was in honor of his friend Nick Pantalone, who lost his fight against cancer in March.

On Sunday evening, Herb announced via Facebook that RMU KDR chapter raised $2,227 toward its goal of $5,000 at Friday’s event. Due to the overwhelming support for this event, Herb said he hopes to make Brave the Shave RMU’s KDR chapter’s annual event.

Donations will continue to be accepted until June when the fundraiser officially ends.

If you wish to learn more about how to donate, visit the RMU KDR group’s team landing page here.