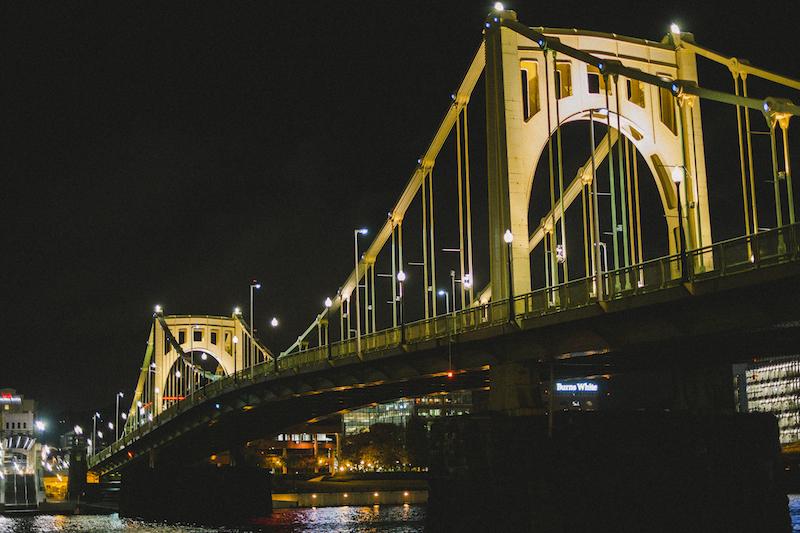 On Aug. 5, 2017, five Robert Morris University students will take on 39 other teams in the EQT Pittsburgh Three Rivers Regatta hosted by Red Bull.

“(S)o far we’ve just kind of like sat in class and listened about theories and did all the equations, so I guess just having like something sitting here in front of us that we’ve actually made is pretty rewarding. Whether it flies or not, I think we’re all proud of it,” said Parks.

The Red Bull Flugtag competition is when teams of five build a homemade aircraft. Teams will be placed on a 100-foot platform with a 22-foot drop. One person will be in the craft while the other four push them off in hopes of having the aircraft fly. The entire competition lasts one minute with 30 seconds of a skit and 30 seconds to push the craft off the podium. Teams are judged on distance, creativity and showmanship.

The RMU Flugtag team has been preparing for the competition all summer. They have worked with the coordinator and associate professor of mechanical engineering here at RMU, Tony Kerzmann, and they have also been working closely with Red Bull. Some of the biggest challenges the team has gone through have been buying parts for their aircraft and having no background in aeronautics.

“Being an engineer student is one thing, but we don’t have any aerospace or aeronautic kind of engineering,” said Pagoda. “Everything has just been what we find online and what we think looks like it will fly. But like that part of engineering, just the trial and error, that’s half the fun I think.”

The team came together after a flyer was put up by Kerzmann and Lauren Lancia, marketing and advertising manager at RMU. The five students had seen each other in passing on campus, but had never worked together. Now, they work together three times a week to create an aircraft for the Three Rivers Regatta.

“I’m honored to be a part of this team….We’ve all brought ideas to the table that help bring this thing together. It’s definitely a huge deal for us to go out there and market our engineering department,” said Schubert. “A lot of people don’t even know we have it. They still think of RMU as a business school or something to that effect.”

The team is in the final stages of preparing their aircraft. They are prepared for anything to happen, but their ultimate goal is to win the grand prize, a skydiving session with Red Bull professionals.

“I’d love to go and take home the gold, but I’m also….I know that anything can happen. We could push this thing off and it could nosedive, or we could break a world record, so I’m just keeping my hopes up and trying to stay optimistic,” Schubert said.

“It’s serendipitous that they just happened to be here this year and we all get to be a part of this,” Pogoda said. “Being a part of a program so small, hopefully, the program can look back on it and be proud after we’re gone.”

Red Bull chose the applicants based on ingenuity and enthusiasm, according to a press release sent out by Red Bull. The EQT Pittsburgh Three Rivers Regatta is the largest inland regatta in the nation, and one of the largest events in the region. The RMU team will be participating in the competition on August 5, 2017. For more on the EQT Pittsburgh Three Rivers Regatta, visit Red Bull’s Flugtag website.