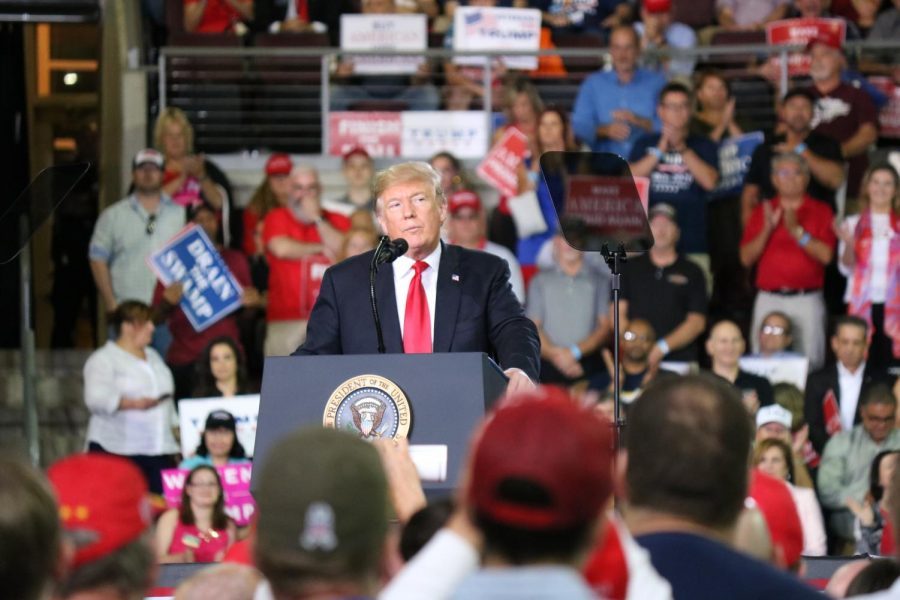 MOON TOWNSHIP — Just after the Mid-term elections have come to a close, students across campus shared their thoughts on president Donald Trump.

Some students held a more negative viewpoint, as they did not agree with his actions or policies, but acknowledged a few positive aspects of the Trump administration. President Trump’s controversial executive order for a travel ban and his foreign trade policy stood out to Robert Morris student Simon Frey.

“Personally, I don’t agree with most of his views, but … I don’t think we’re going to get anywhere if people keep denying everything he puts out,” said Frey. “I do not agree with the Muslim ban … I don’t agree with his foreign trade policy … It’s good that he’s bridging the gap between the U.S. and North Korea with some of these policies, but at the same time, he’s still trading with Russia, and Russia does a lot of war crimes.”

Similarly, Nick Wright did not agree with many of Donald Trump’s decisions, discussing the rushed nature of his policies.

“I have generally mixed opinions on him, I feel that he has done a lot of the things he said he was going to do, which I mean, that’s great,” said Wright. “Not necessarily a fan of many of (his policies), I just feel I was very shocked to see that they were implanted very quickly.”

Other students across campus hold strong opinions about his abilities as a leader. Tedi Hollingsworth, another Robert Morris student, discusses her viewpoint on Trump’s image and reputation as president.

“He is not very well socialized in my opinion,” said Tedi Hollingsworth. “I think that some of the things he does are not very professional and they definitely shouldn’t be something that they want our president, someone who is representing our country to be doing.”

On the other hand, some students hold a favorable view towards the president and praise his reputation as a leader.

“I think President Trump has done a fantastic job, and everything that President Obama took credit for, that’s all false, because he blamed Bush for everything, and I feel like him accepting Trump’s credit is not fantastic,” said Josh Marks.