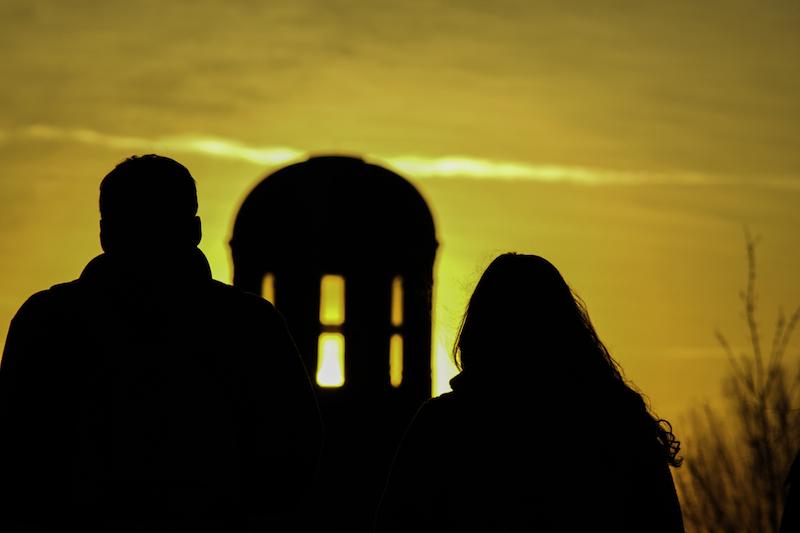 For many, campus life and living in a dormitory ends as the last final is taken and submitted for grading.

But for some, it’s a new beginning.

Robert Morris University is one of many universities that offers summer housing to their students and students from across the nation.

In an era that has seen college become more and more expensive, RMU is trying to enable students to explore summer learning opportunities without expounding on the costs they incur during the fall and spring semesters.

And it doesn’t just stop with a roof overhead. Students are able to live in either Lexington or Concord Hall, both which are apartments with four to five bedrooms, two bathrooms, as well as a furnished living room and kitchen. Also included are the recreational facilities at the North Athletic Complex, which gives students soccer, tennis, and basketball courts to play on outdoors. The Jefferson Fitness Center is also open for summer usage.

On top of that, free parking and mail service are offered to all students living on campus throughout the summer.

“The reason that I instituted this when the Great Recession hit in 2008 was because we noticed that students were having trouble with expenses. It’s expensive to go to school so we wanted to make this an opportunity for students to graduate on time or graduate early or just have less debt,” said John Michalenko, the vice president for Student Life.

“The money that it costs to keep the electricity on and things like that is covered through students’ housing costs from the traditional times,” said Lahoda.

RMU students aren’t the only ones utilizing this program, though. Employer partners that are often times also donors of the university work out deals with RMU to allow their interns to stay on campus. Companies such as Eat N’ Park Corporation, Eaton, PNC Bank, and a lot of natural gas companies have utilized this program.

That money goes directly back to students during the school year at RMU, funding some of the major events that students thoroughly enjoy during their time at the university.

“The money make goes to dorm damages like repainting or renovating a building, or it goes into programming for the residential students and actually the non-residential students throughout the year. That money goes to (events) like Bobbymania, the money for Almost Midnight Breakfast is covered by the [summer internship program]. It gives us money to provide big programming events for our RMU students. So we really do benefit from it,” said Lahoda.

“It’s been really successful, we probably have over 200 students that live on campus in the summertime. It’s a great service. The families like it, students like it, employers like it, and hey, if it helps our students out, isn’t that what it’s all about,” said Michalenko.

Indeed, students have seen the free housing provide opportunities that otherwise would not have been financially or logistically possible.

“I live like an hour and some away driving distance each way, so with free housing I could walk to work everyday, so that was pretty convenient. I wouldn’t be able to take [summer] classes either, with having to make the trek back and forth,” said Joe Babcanec, a sophomore manufacturing engineering major that worked on campus over the summer doing thermoplastic research.

“I guess it made me a better student considering there was a lot more focus on what I was trying to do. There was a lot less people here, so there really wasn’t much to focus on besides studying and watching TV and other random things,” said Babcanec.

Charles Forrester, the area coordinator in Residence Life that monitors the RMU students that stay on campus, says that the program has been a mainstay at RMU.

“I think it will pretty much stay the same, I think the application process if anything will change. I think it’s a good thing for the university to have. It goes with the mission of supporting students in their career paths, so I think it’ll stick around,” said Forrester.

“Yeah, unless there is some kind of big wave in campus camps and conferences and you know, it was booming and was conflicting something that made it more beneficial to go in that direction,” said Lehoda. “It doesn’t seem like something like that would be happening on campus, so this will continue,” added Lahoda.

Michalenko did add that the university has explored opening up satillite dorm Yorktown Hall, a former Holiday Inn, for summer housing. The issue is that it, like the traditional dormitories on campus, are not equipped with a kitchen, limiting the options that students have to eat, with only Romo’s Cafe being open limited hours on campus and no meal plans required.

“One of our Doctoral programs is going to use one of the floors as part of their residency program. Our education doctorate students will be there for a week. We are looking into that,” said Michalenko.