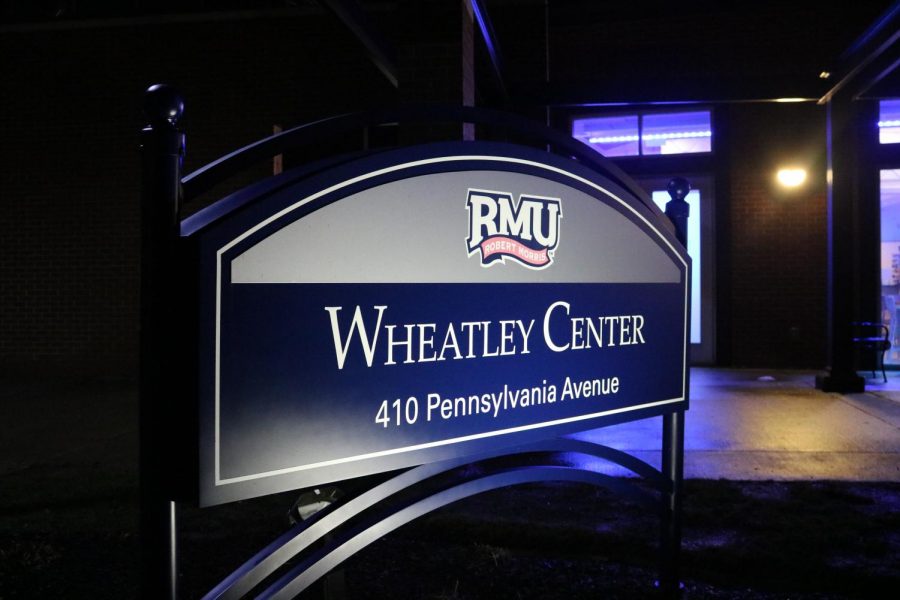 Wheatley Center on the campus of Robert Morris University houses the School of Communication and Information Systems.

MOON TOWNSHIP — Media Arts students recently got the opportunity to meet Eva Weber, who is this semester’s visiting documentary filmmaker.

Eva Weber is a German filmmaker based in London. Her work includes both documentary and fiction films. Weber’s films have appeared in multiple festivals and have won several awards.

At Wednesday’s meet and greet event in Wheatley Center, Media Arts students got to meet Weber and ask her questions about her work in cinema, which she says she was not interested in until later in life.

“I originally wanted to be a journalist,” Weber told the students. “It wasn’t until I was in my 20s that I became interested in making films.”

Over the course of the semester, Weber will be screening her films, sharing her experiences in the industry, and even teaching a documentary production class, all while being on campus.