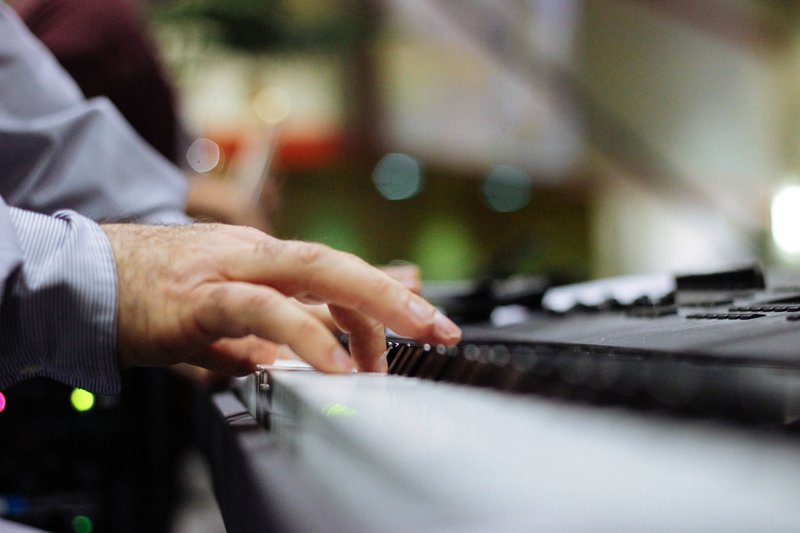 Another international scholar has arrived at RMU. A reception was held at the Rooney House on Jan. 21 to introduce Misha Segal to students and faculty.

Segal is an Israeli composer, arranger, conductor, producer, songwriter, and pianist who will be the international scholar at RMU for the next two weeks. He has a very full schedule for the upcoming weeks, but took the time to have a reception to introduce himself to students and faculty.

“Coming here and talking to students and faculty and staff is a very big thrill for me,” says Segal, “because, for me, it’s coming full circle.”

“I am very, very thankful to (The School of Communications and Information systems and the Center for Global Engagement) for inviting me,” says Segal, “because your hospitality really reminds me of home; this idea of opening the door and the warmth and so forth.”

The event started with an introduction from AnnMarie LeBlanc, dean for the School of Communications and Information Systems, and a brief speech by Segal.

“I encourage (everyone) to meet our guest and learn more than that extraordinary bio,” LeBlanc stated, “but learn what lies behind the music.”

Segal is an Emmy award winner, an Emmy nominee, a Brit award winner, and he was also nominated for an Israeli Oscar in 2008. He received his Brit award from his score for the 1998 film, The Phantom of the Opera, which is one work that is close to his heart.

“Believe it or not that’s how I met my wife, she was someone who wrote with me,” said Segal, “She was from Germany and one thing led to another and she came [to the United States]. This score was something I feel very deeply about.”

When asked if he had plans for composing in the future, his response was that he composes everyday. He has a lot of projects in the works, including compositions for movies and performing with a trio. Something also very important to Segal is his project The Forbidden Band.

“It is a band that I created that includes eleven members from warring countries,” Segal stated, “You can show by example that people can understand each other and communicate with each other and not have to fight.”

“[Everyone] simply must go listen to The Forbidden Band,” said LeBlanc, “This is his own creation, which basically brings together a truly diverse group of musicians. Primarily this is to bring together people of different races and cultures to bring peace with music.”

Segal is very passionate about waking up everyday and having a purpose. He has one lesson he wants students to learn.

“I know the one thing that drove me from the day that I was born, from the day I could start thinking, was a goal,” Segal stated, “When you have a goal, you become very happy. You wake up in the morning and say ‘What do I do now to get there?'”

Segal will be very busy of the course of the next two weeks. On Wed. Jan. 27, he will be holding a Campus Talk in the Sewall Center in room Dining Room C from 12 p.m. to 1 p.m. Anyone who plays an instrument is welcome to bring it.

“The goal was not just music,” said Segal, “but to make a statement with music.”