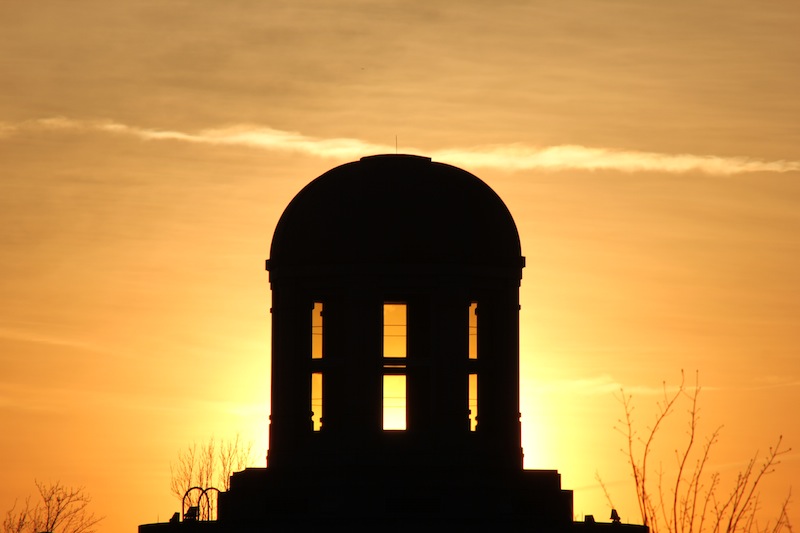 Robert Morris University presented their 2014-2018 strategic plan at the town meeting on Thursday, where the changes and hopes regarding the university were discussed.

The new plan had highlights of keeping the core values and initiatives from this 2007-2012 goals. The mission statement of RMU has been changed and focuses on knowledge, skills and citizenship.

With the new value proposition being discussed, Robert Morris wants to offer value to the education a student is receiving. Rigorous academics, professional focus and engaged learning are areas the University wants students to value in their education. Among some of the other values of the proposition included talented and educated faculty, positive outcomes and new and improved facilities.

Robert Morris offers the Student Engagement Transcript (SET) for students to excel in just more than academics. The 2013 graduating class had the first requirement to fulfill two of the six categories as a graduation requirement, and RMU will continue to have such requirements regarding the SET for future graduates.

With the hopes for the rise in student population, it is estimated that the university will need 500 more beds available and the funding to do so. Dell’Omo said he was not quite sure where they expect to get the money, but assured that he and other colleagues would be working on a solution.

Robert Morris is still trying to figure out the funds to build the new nursing building. But once that is done, the university plans to renovate the John Jay Center to build more labs and classrooms for the School of Mathematics, Engineering and Science, which will require more funding.

Dell’Omo spoke about the 2014 spring semester that introduced 127 new undergraduate students to campus, 52 of which are international students.

The 2014 incoming freshman class has set records already. With a historic number of over 8,000 applications and counting, there have been more acceptances and more denies. The incoming class has the average SAT scores of 1057, compared to the 2013 freshman class that averaged 1051. The first set of financial aid letters have been sent out to students. RMU is already recruiting for fall 2015.

“We have just recently been through our Middle States review and accreditation,” said Jamison. “We were judged under 14 standards and I think we met of those standards extremely well.”

Dell’Omo then talked about a financial update on the Fall 2013, and also included that the freshman and sophomore retention rate was at 81.1 percent, with the continued demand for housing.

For the 2014-2015 school year, there is the plan to increase the budget reserves from $1 million to $2 million. A few of the primary revenue drivers for the year also include the summer international program, the increase of 80 budgeted resident students and a tuition rate increase of 3.75 percent for undergraduate students.