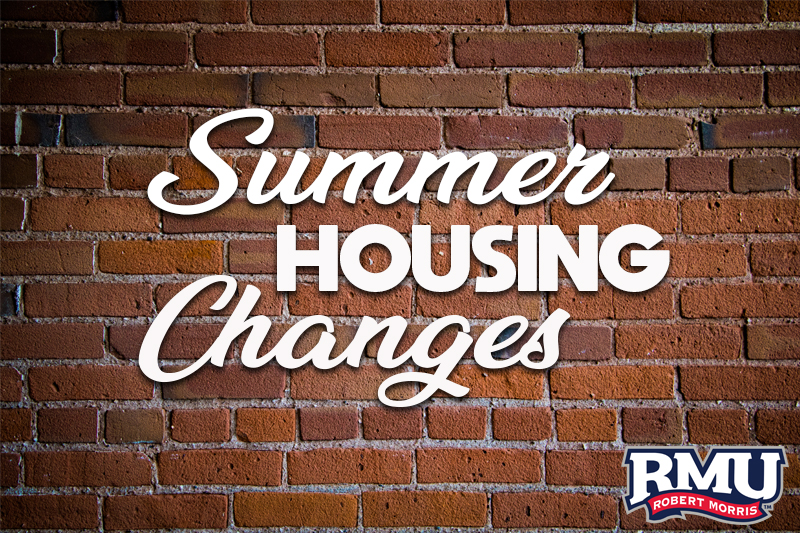 Robert Morris University has begun sign-ups for its summer housing program for the 2018 summer semester.

Summer housing will take place from May 9 until July 23. Students who are living on campus in the fall will be allowed to live on campus after July 23.

“We always put it like that. It’s just because we put priority to people that have the summer classes and internships for credits just in case we have like a thousand people who apply for housing. We would prioritize those people,” said Anne Lahoda, the director of Residence Life. “We’ve never in the time that I’ve been here, which was like five or six years ago, have had a problem with housing students who work on campus and have an internship in their major.”

This year, students who are living on campus over the summer will be located primarily in Yorktown Hall. There is limited availability in the traditional on-campus dorms for students without their own transportation according to the email sent out to students. Although, ResLife is willing to work with students with any problems.

“We really value when students tell us what they are thinking. What housing meets them and what they value in summer housing and fall housing, because we do take that information and try to make this office better,” said Lahoda. “I always appreciate when we get that student who is willing to come in here and tells us, ‘Hey, this is my situation, this is what I’m going through, how can you guys help or what do you guys suggest?’”

“If we open up too many places, then that would increase the cost and then where would the cost go? It would have to go somewhere,” said Lahoda. “We are trying to keep that realistic without rocking the boat and making things more expensive for students.”

Although, Residence Life does hear students who would rather have more options available.

“There are two types of students: one who really value the free part because they are already taking out loans, and they want to keep cost as minimum as possible because the summer is where they make their money and they put that back towards books or school. And the people who are like, ‘Well I could give a little bit to change my housing situation,’” said Lahoda. “Let’s just say we do hear students and we do take that feedback.”