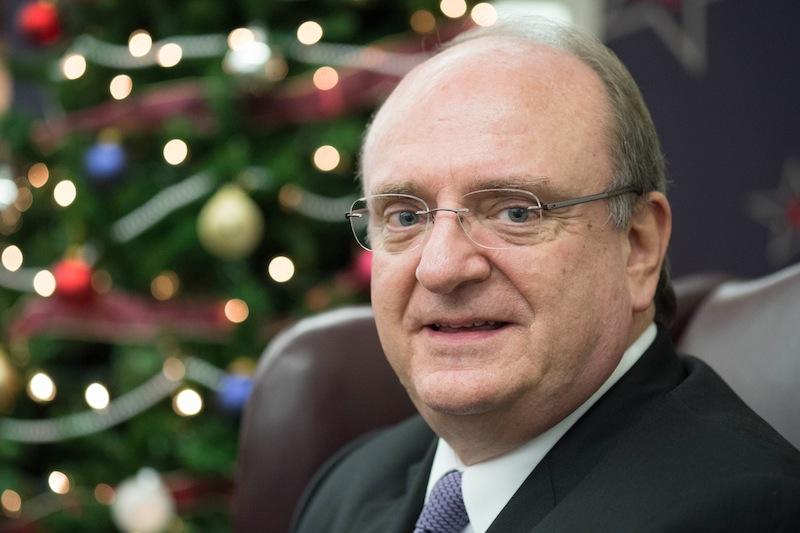 Robert Morris University Board of Trustees met yesterday to begin discussing plans for a successor to President Gregory Dell’Omo,  who will become the next President of Rider University in New Jersey.

The Board of Trustees has not formally named members to the Presidential Search Committee, but there are ideas circulating as to which members will be asked to participate on the committee.

“This is going to be a coordinated effort. We are going to have advisory groups from the university including students and faculty, etc. But the formal Search Committee will be made up of Trustees that we haven’t named yet,” said Richard Harshman, a 1978 Robert Morris alumnus and Vice Chair of the Board of Trustees.

Harshman will be leading the effort amongst the Trustees as the Chair of the committee. The committee plans to look for candidates that can help move Robert Morris forward.

Included in the selection course is an interview process with the higher ranking candidates that seem to possess the qualities the Robert Morris is looking for. Being an RMU alum, Harshman has seen the university under many forms of leadership. He said that the committee is looking for candidates with similar qualities to that of Dell’Omo.

“We’ll look for the same type of leadership that is committed to our long standing values and our tradition, but also committed to moving Robert Morris to the next level just as Dr. Dell’Omo and his predecessors have done,” said Harshman.

Harshman believes that the transition will be very orderly with Dell’Omo being here until August of next year, which is normal when a presidential change is being made at a university. The board is committed to finding a perfect fit for the position and Harshman has no major concerns for the process. The only concern he has is getting everything together and beginning to move forward.

The process has yet to begin, but the “discussion and thinking stage,” as Harshman put it, has. With the news that Dell’Omo will be leaving Robert Morris becoming public only two days ago, there has not been much time for a full search process to begin. The Board of Trustees met yesterday to plan out all the details and begin taking the first formal step of the process.

When choosing a new president, the Presidential Search Committee will be searching nationwide and possibly internal to find someone suitable to fill the role.