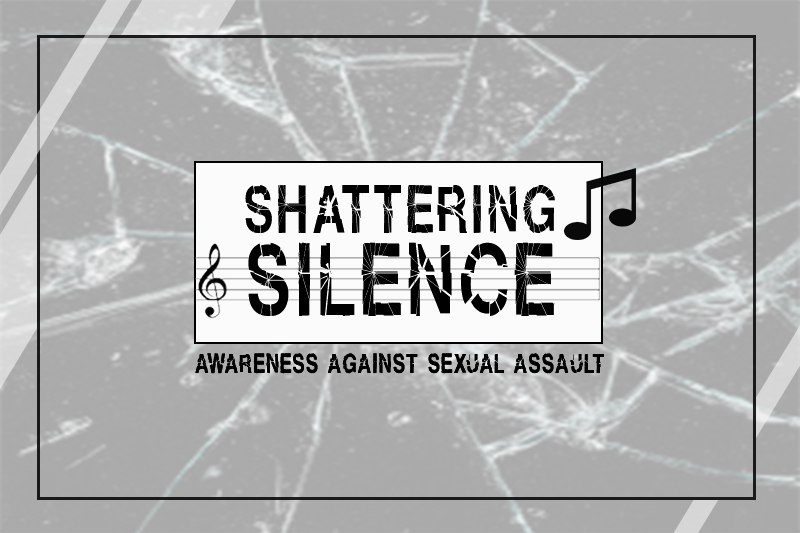 On Nov. 16, students filed into PNC Colonial Cafe for Shattering the Silence in order to raise money for charity.

RMU students Samantha Sektnan, Samantha Carpin, Natalie O’Neil and Amari Jacks, all seniors, were tasked with holding a fundraiser for a charity of their choice in Ann Jabro’s Communication Seminar class.

“That first Tuesday where we had class, that’s when our teacher dropped the bomb and was like… ‘Okay every semester I have my students do an event. You guys want to do an event? You’re going to pick a nonprofit and this is how it’s going to go,'” said Jacks. “It was stressful but now that we’re here, it’s almost done and everyone is pretty much having a good time.”

The money raised from the event is all going to go towards PAVE an organization that both prevents sexual assault and heals survivors. Money was raised through a two dollar admission fee, a bake sale, and raffle tickets.

“We picked $500 because we didn’t really want to overshoot ourselves and then become disappointed if we don’t reach that goal,” said Carpin. “But if we make more than five hundred dollars that would be fantastic.”

The event began with live music from freshmen, Kelly Mejia and Anel Tark, who have been singing together since the eighth grade.

“In eighth grade, we were like ‘let’s just sing the national anthem at graduation’ and it was like ‘yeah let’s just give it a try,'” said Mejia. “We were in chorus and we just gave it a shot.”

The two found out about the event through a post on the RMU Class of 2020 Facebook page and submitted a video of their performances. They were asked to perform about five to ten songs.

“People need to feel comfortable to speak up to say something about it and this is a good cause,” said Tark. “Especially through music, because everyone feels like they have a voice through music. Music brings everybody together So I think it was really smart to do this through a musical perspective.”

After the live performance, various students lip-synced to songs such as “A Whole New World” and “Breaking Free.” There were also presentations from Ashley Delany, a student at Robert Morris; a staff member from the Counseling center; and different videos discussing consent and sexual assault.