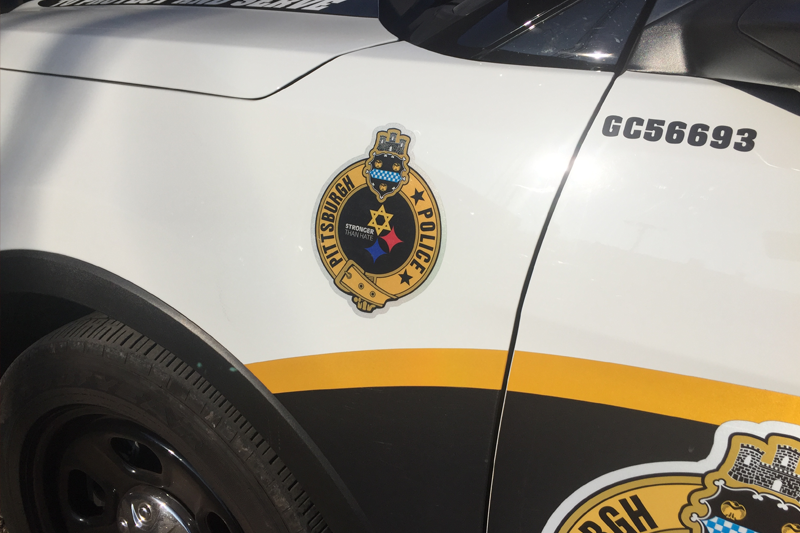 PITTSBURGH — Some police vehicles in the City of Pittsburgh has received a new addition to their decals, a remembrance of the worst anti-Semitic shooting in U.S. history.

The Pittsburgh Bureau of Police announced on Tuesday that they have placed “Stronger Than Hate” decals on all of the police vehicles in Zone 4.

The symbol memorializes the tragedy that took place in Squirrel Hill on Oct. 27, when a gunman opened fire inside the Tree of Life Synagogue, killing 11 people and injuring six more.

“This is an ongoing effort to show our commitment to the communities we serve,” said Commander Eric Holmes. “Our ranks include members of the Bureau who are of the Jewish faith and this is also a way to support them.”

Members of the Tree of Life, New Light and Dor Hadash congregations were worshiping inside the synagogue when 46-year-old Robert Bowers opened fire.

“Pittsburgh has a storied history that includes the Steel industry, the Steelers, and since 1857 the Pittsburgh Bureau of Police,” Holmes continued. “Hate is NOT part of our DNA. Placing these decals on our vehicles in Zone 4 is a small way to reflect on our shared history and to show that we stand together as one.”

Included in the injured were four Pittsburgh Police officers who responded to the frantic 911 calls. The bureau said in a press release that they have been overwhelmed with the support of the community.

“We are grateful for the outpouring of love and support from across America, the City of Pittsburgh, and in particular, the residents of the Squirrel Hill neighborhood,” Zone 4 Commander Dan Herrmann said. “The men and women from the Zone 4 police station, who serve the Squirrel Hill community, are proud to display the decals on our police vehicles.”

The decals were designed in partnership with the Pittsburgh Steelers and will remain on the vehicles throughout January.