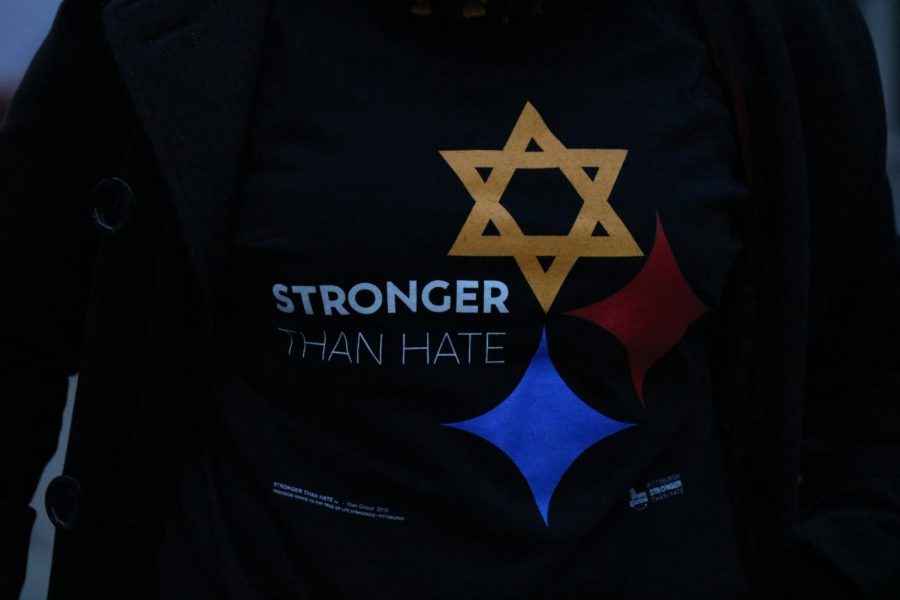 “They went all over,” said Jody Altemus an American Eagle Screen Print and Embroidery employee. “We may have hit every state but I didn’t keep track of that.”

“I didn’t think that the donation would end up being as big as it was,” said Altemus. “So when we got the final numbers it was pretty cool and everybody was like, ‘Wow, that’s a lot,’ and I was like, “I know, it paid off,” the hard work we put in to make it happen.”

American Eagle Screen Printing and Embroidery held the fundraiser for the victims of the Tree of Life Synagogue shooting in October. As soon as they heard about the tragedy, they knew they had to do something.

“When this happened, I knew our team would be able to pull it together and on top of it, and make it a fundraiser, not something that we were going to profit from,” said Altemus. “And I knew that we would probably get the community support, I was just overwhelmed by how much we got.

The company presented a check to the families of the tragedy, but they are hoping they can donate even more.

“We rounded up the donation some because we thought that we would still have some sales after we said the amount of the check was,” said Altemus. “So we wanted to cover some future orders that we could potentially get. If we could get it going again and write another $4,000 check, that would be awesome.”