Students honor those killed on 9/11 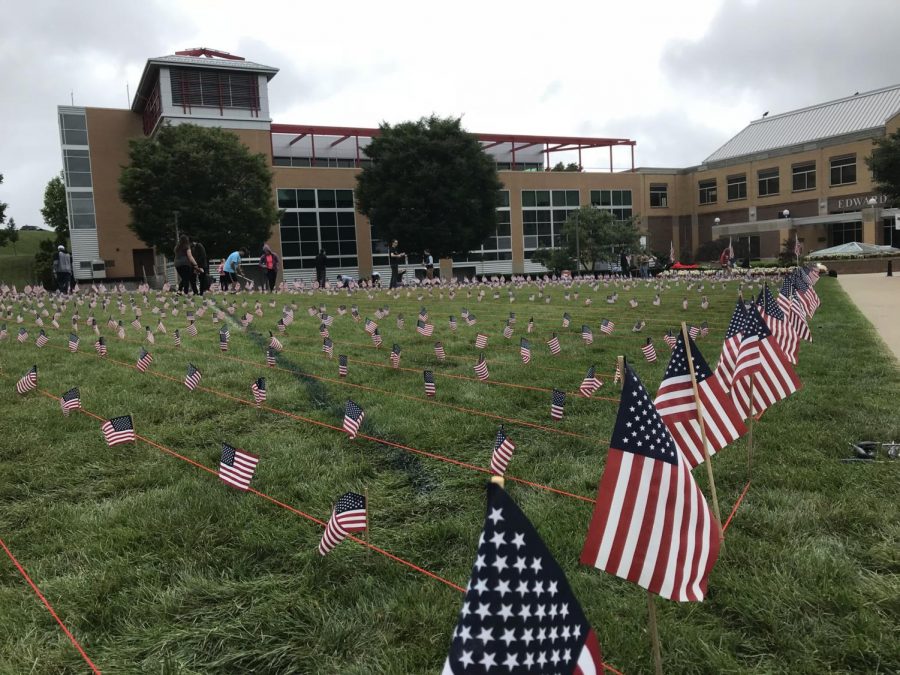 This week, the Robert Morris University College Republicans organized a memorial to honor the victims of the terrorist attacks of Sept. 11, 2001. Set up in front of the Nicholson Center, the memorial is supposed to serve as a reminder of the impact 9/11 had on so many American families.

“We put up a flag for every victim of that day and we honor them through that,” Samantha Medasie, the president of the RMU College Republicans, said. “I think it’s important that we don’t forget what happened on Sept. 11, 2001.”

Around fifteen students helped place more than 2,000 flags in memory of the men and women who died seventeen years ago. According to those who participated, remembering the lives that were lost that day is what the Never Forget project is all about.

“I think it’s important because after so many years, I think some people tend to just forget or let it go by and not really think about it,” Chelsea Beer said. “It’s just really important to have it at a place like this, like a college where a lot of people were very young when it happened.”

The memorial will stay on the Nicholson front lawn until Monday, Sept. 17 so that students can pay their respects throughout the week.