Students attempt to get bus route from RMU to Downtown 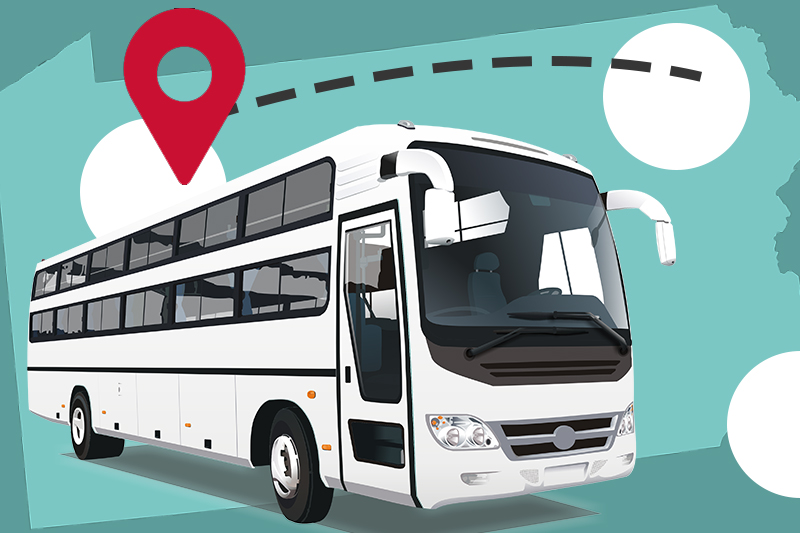 After relying on public transportation while in Morocco and Germany, Robert Morris University students Alexis Walker and Laurel Murray decided to raise awareness and petition to get a bus route to campus.

As a part of the Vera L. Heinz scholarship, both students were required to present a project related to the country they visited.

“I thought about how I was going to get around without me having a car. While in America, I’m so used to having a car,” said Walker. “My first day I got completely lost, and it took me like a week to find my way backwards from home to school, which is about a twenty-minute walk.”

Currently, there is a bus stop behind the Sheetz on University Blvd. The bus stop also offers free parking. From the bus stop, the G3 bus route is available.

“I have a lot of friends at Pitt, so I would always think about before I even came to school here, ‘How am I going to get down there?’ And they would say, ‘Oh, there’s the G3 Flyer,'” said Murray. “It turns out it is extremely inconvenient, and the times I would be able to go down there, it would be weekends and transportation doesn’t even run on weekends.”

At the presentation, students were encouraged to request a route be changed or extended to suit their needs. Two routes that go through Moon Township have already been requested, but neither of those routes has been implemented.

“That’s more of a policy issue that we need to address. We established these guidelines in 2015, and when we did that we didn’t explain what happens when a request is rated really high and it gives some people more service, but as a result, some people lose service,” said Elcock. “That’s something they’ve been working to update – our service guidelines this year.”

During the presentation, Walker and Murray showed a video in which they interviewed students. One of the questions that they asked students was if they would be okay with an increase in tuition so that Freedom Cards would function as bus passes, similar to schools like the University of Pittsburgh.

“I think there would obviously would be people who are arguing over it. There is every single time, like with the UPMC Events center,” said Sarah Jackson, one of the panel members and a student at RMU. “Even though there was a vote, and I think definitely if we like tabled in Romo’s and showed a display board showing the numbers, I think a lot of people would be on board.”