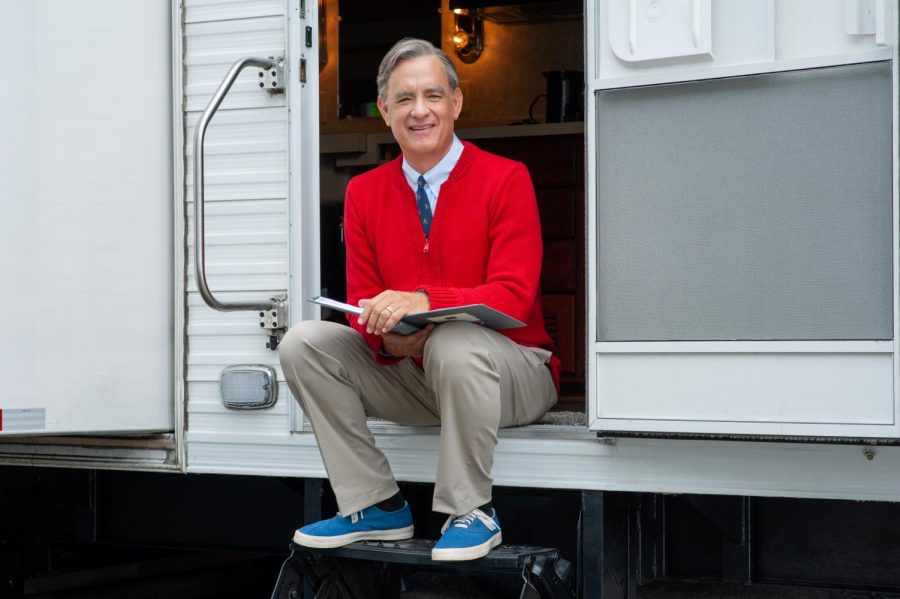 The first picture of Tom Hanks as Mister Rogers was released by Sony Pictures on Thursday.

The movie, which will follow up the 2018 documentary of Fred Rogers, “Won’t You Be My Neighbor,” has already begun filming in the Pittsburgh area. Hanks has been in the area and is expected to be in Pittsburgh for the next several months. Tuesday he spoke at a voting rally in Oakland, his first major public appearance since the filming began.

Tom Hanks is Mister Rogers, coming to a neighborhood near you October 2019. pic.twitter.com/2TP3eiPUCx

The two-time Oscar-winning actor will be the focus in the movie that is “a timely story of kindness triumphing over cynicism, based on the true story of a real-life friendship between Fred Rogers and journalist Tom Junod,” according to a press release.

The movie is scheduled for a release date of October 2019.