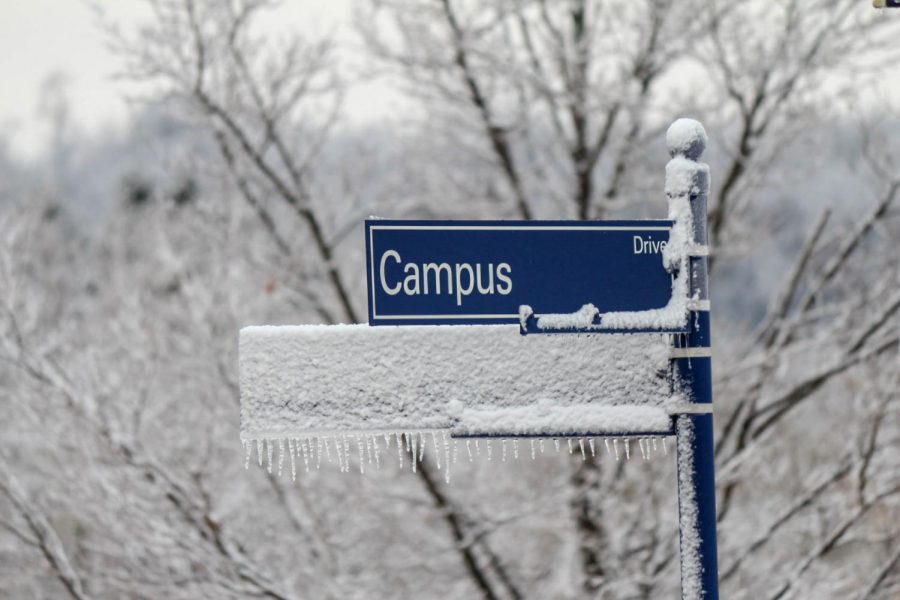 The National Weather Service in Pittsburgh posted to Twitter that Moon Township received one inch of snow. Some areas in Pittsburgh experienced heavy snow and ice that toppled trees onto power lines. Duquesne Light reported that at one point more than 16,000 residents were without power.

We got an inch on the ground here at our office in Moon, PA…how much did you get? pic.twitter.com/JG224iXrJh

Students at Robert Morris University also woke up to the campus being blanketed in snow just before Thanksgiving break.

Ski resorts in the Laurel Highlands received the full force of the winter storm. Seven Springs Mountain Resort in Somerset County received six inches of snow last night in addition to their snowmaking efforts. The resort posted to Twitter displaying their latest snowfall.

The National Weather Service posted a map with snow totals across the region. The Twitter post showed that some areas in Maryland received up to seven inches of snow.

Here is a map giving you a general idea of how much snow accumulated across the region from the storm. The analysis may be rough in some areas, but it should give you a good idea of how the snow laid out! pic.twitter.com/qwfKE5gQE9

With a strong forecast of snow, ice, sleet and a wintry mix affecting the Western Pennsylvania region, officials in Moon Township are urging motorists to use caution.

The Moon Township Police Department posted to their Facebook page warning drivers of the potential of hazardous conditions.

The police department said that state and local public works crews have been treating road surfaces throughout the day and into the evening Thursday. Forecasts show the possibility of up to three inches of snow, ice and a wintry mix of rain and snow.

“Local and state road crews have been out clearing the roads, but with 1-3 additional inches of wintery mix forecast overnight, hazardous travel conditions will persist through the early morning hours,” said the department in the post.

The National Weather Service in Pittsburgh posted on Twitter that the Winter Weather Advisory was extended until 1 a.m. Friday. According to the NWS, some ares in Pittsburgh are still seeing a wintry mix, but all precipitation is expected to change to snow overnight.

Winter Weather Advisory extended thru 1 AM. Winter Storm Warning continues thru late tngt. Most areas are seeing snow. Any remaining wintry mix expected to chg to snow this eve. You can track the snow on NWS Pittsburgh radar here https://t.co/R38AcFOdTY. pic.twitter.com/fyG44vCS92