WLMP gets a new perspective of “Pink” 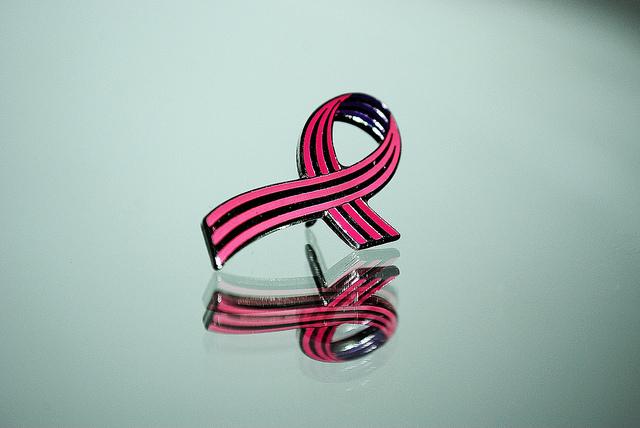 The Women’s Leadership and Mentorship Program (WLMP) hosted its first social event this past Wednesday .

The women in the program were invited to watch a movie together in order to get to know each other. The group watched “Pink Ribbons, Inc.” in order to get them to think critically about the month of October and the breast cancer awareness campaigns.

“We chose to show it because it is October. Campus is plastered with 12 Hours of Pink and pink ribbons, and this is a really great alternative perspective,” said program coordinator, Lauren Rauscher.

“Pink Ribbons, Inc.” is a 2011 National Film Board of Canada documentary that was supported by Breast Cancer Action, a non-profit research group, located in San Francisco. It critically examines the use of the color pink and pink ribbons as a central fundraiser source, called “pink washing”. Several women with Stage IV breast cancer also spoke about the idea that pink is used as a symbol of comfort and happiness, which can be far from how individuals with the disease feel.

Once the movie ended, the group discusses what they thought of the film.

“It was very powerful and it made me think ‘why have I never thought of this before’. I’ve participated in Run for the Cure and stuff like that. Just to see it from this different perspective really opens up my eyes and really makes me question where I’m going to donate to things,” said junior Lauren Walk. “I’m definitely going to be doing a lot of thinking tonight.”

Like Walk, many of the students walked away with a new perspective on “pink washing”. Many of them realized that they had taken part in some of the fundraisers sponsored by the companies discussed in the movie. While many agreed that it felt good to donate and help, they were disappointed to find out that they did not necessarily help as much as they had thought.

“It brought out a lot of insights about how hypocritical the companies are, and how everything isn’t what it seems. A good example is Yoplait. You give a lid, but you only get 10 cents [donated]. The example in the movie was you could eat three yogurts [per day] for four months and only give $34,” said freshman, Carrigan Robinson.

Director Lea Pool wanted to point out the corporate sponsorship of the fundraisers and encourages viewers to consider where their money is actually going when they donate. Pool and the movie’s producer, Ravida Din, were not hoping to discourage people from donating, but rather to understand what the money will be used for, according to Reuters.

“It’s kind of a different twist from what we usually see in October, which is pink, pink, pink everything. It’s done by a non-profit group in San Francisco, called Breast Cancer Action. They are all about finding a true and genuine cure,” said Rauscher.