‘You are adults, act like it,’ Residence Life shuts down Yorktown Kitchen, citing abuses 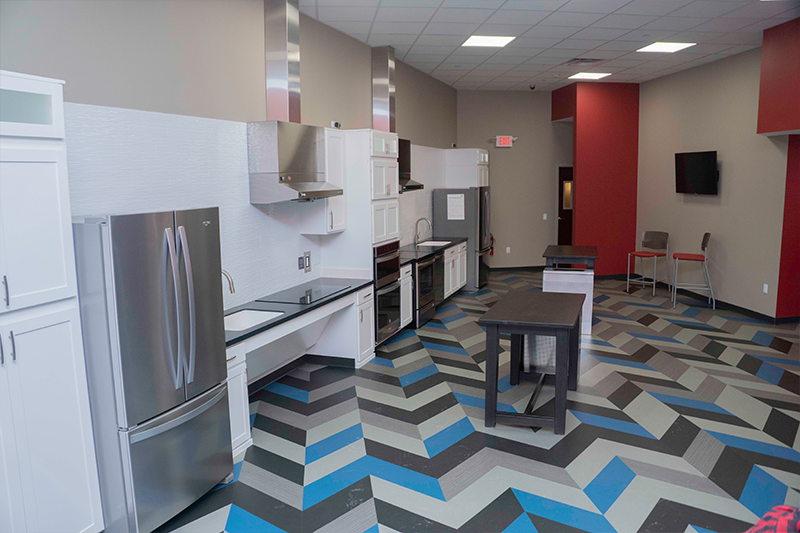 MOON TOWNSHIP – The Yorktown Hall kitchen will be closed for the rest of the 2019 fall semester after what the Office of Residence Life described as continuous misuse of the area.

An email sent from Lauren McCarthy, the Area Coordinator for Robert Morris University’s Office of Residence Life, stated that the kitchen has been misused by students and would be closed as a result.

“It has continuously been trashed all semester and it is ridiculous,” said McCarthy.

The email was sent to residents of Yorktown and explained that due to messes left in the kitchen, the privilege would be removed. Pictures of dirty dishes being left in the area were also included in the message. A third picture was added showing a broken board that appeared to be attached to the bottom of a sink.

“We put money and resources into this kitchen because you asked for it. It is not our job to clean up your mess and we will not let you continue to trash this space,” said McCarthy, “You are adults, act like it.”

She also specifically addressed the students who allegedly left the kitchen in the condition that caused it to be closed.

“If you are the individuals that are leaving the kitchen this way, I suggest you think about how you have ruined this opportunity for other students,” said McCarthy.

McCarthy concluded the email by saying that stricter policies would be enforced for the kitchen at the start of the next semester.