It’s now or never for Roger Goodell and the NFL 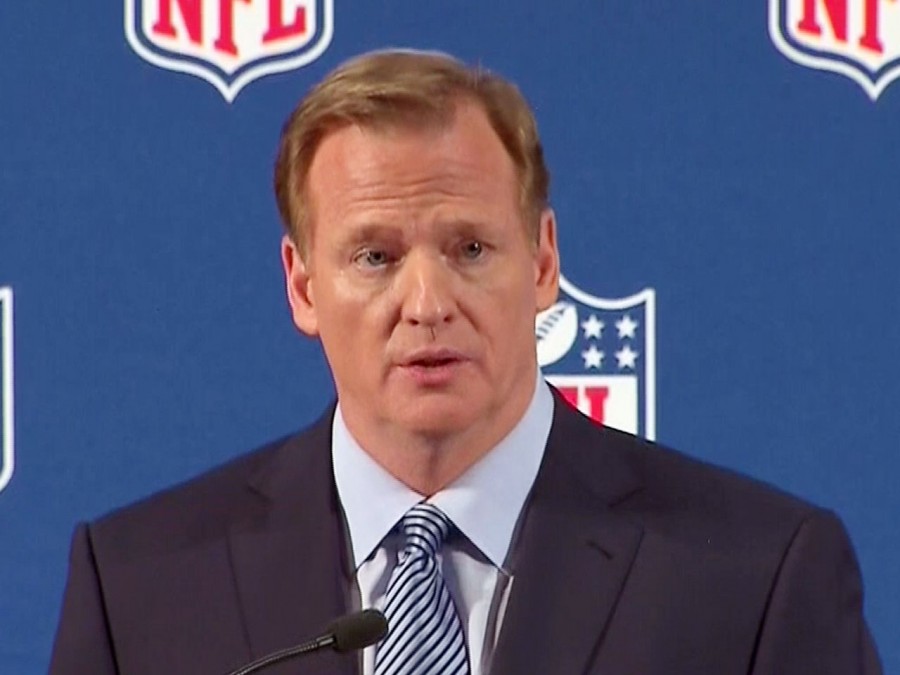 I have never been fond of National Football League commissioner Roger Goodell. Yes, the NFL is a business, but Goodell is so focused on the revenue that he has practically taken the football away from football: hard hits are now penalties, kick returns are almost non-existent, and offensive players are practically untouchable.

All of this is being done to protect the players, he says.

On Sept. 10, Goodell spoke to the media regarding the Ray Rice elevator situation.

Goodell should have stepped down from his position then and there. Three months past before the release of the entire video. How is that possible?

The NFL has so much power, so much money and yet, they were unable to get their hands on a security tape from a casino. That’s extremely hard to believe.

The last time I checked, people are usually imprisoned for domestic violence, though no legal action has been taken on Rice because he is an athlete.

Knocking out a woman and dragging her unconscious body only garners a two game suspension? That’s about as good a call as any of the NFL’s replacement referees made during games. Great job on that one.

Over the past few weeks, Adrian Peterson and Jonathan Dwyer were also involved in abuse cases. Peterson is currently suspended indefinitely from the Minnesota Vikings, while Dwyer is looking for work after the Arizona Cardinals released the running back as soon as news broke.

Goodell was nowhere to be found for the media through any of this.

The press conference should have been where Goodell announced his resignation, but instead the commissioner spent 45 minutes avoiding press questions.  No legitimate answers were given involving any of the situations.

On the bright side, Goodell stressed that players will be informed about domestic violence.

Really, that’s the best you can come up with, Commish? How stupid are you?

Greg Hardy, a defensive end for the Carolina Panthers, was also accused of domestic violence over the summer, and has also been suspended indefinitely from the team.

The biggest issue with Peterson and Hardy is that they have been placed on the NFL’s Exempt/Commissioner’s Permission List.

This may not seem like a big deal to a lot of people.  The guys are suspended, they’ll learn from their mistakes that way, right? Wrong. These guys are being paid their full salaries. How is that productive?

These men are facing extreme legal matters and aren’t allowed to do their job, yet they are being paid more money each week than half of the American population will make in a year.

If that were me, I’d want that. “I don’t have to do anything and I’m making $10 million for it.” That’ll definitely teach them a lesson, Mr. Goodell.

The time is now for Roger Goodell to face the facts and step down as the NFL’s supreme leader. For if he stays, the league will become an even bigger joke than it already is.

All of this is being done to protect himself, I’d say.