The easiest way to ruin a slice is with this horrible recipe. 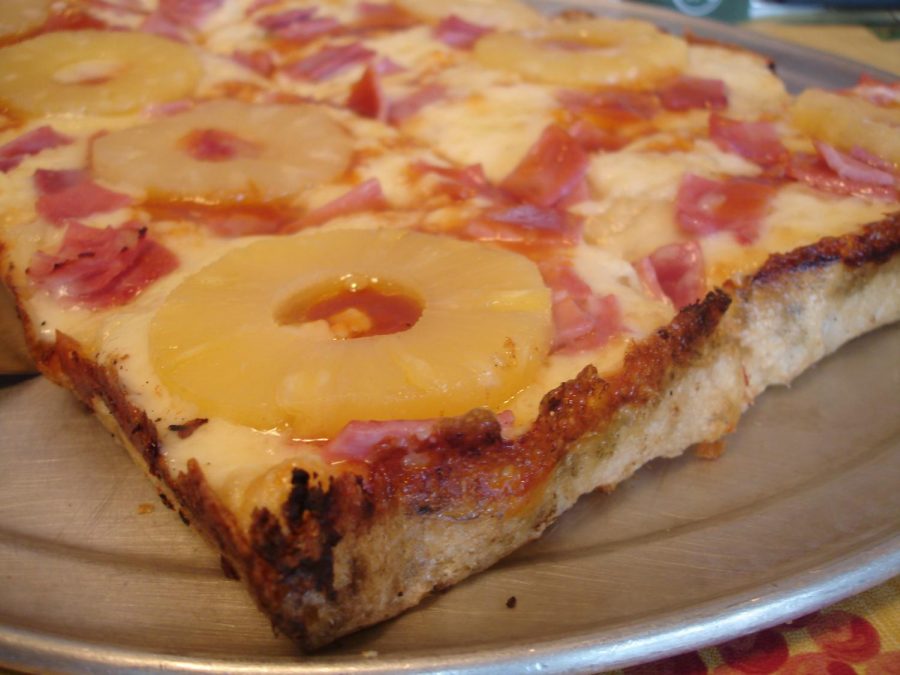 There are many things that upset me about this world, but the thing that takes the cake is the monstrosity that is pineapples on pizza.

It shouldn’t be allowed, it is a crime on the most popular food in the world. Not only does a majority of the world dislike it, as evident by polls from the pizza delivery app Slice, it is also cultural misappropriation at the most basic form.

Hawaiian pizza, as it’s typically called, was created by a Greek-Canadian. There is absolutely nothing about this pizza that is Hawaiian, so it’s offensive to attribute such a disgusting food to a minority culture. While the name for the pizza is allegedly based upon the brand of pineapples the creator used for his pizza, it is more commonly associated with the culture of Hawaii.

Furthermore, there’s nothing about the pizza that is even Italian. It was created by a Greek-Canadian with ingredients that you would never see on a traditional pizza pie. It’s offensive to ruin such a great Italian cuisine by someone who isn’t in that culture. It’s the equivalent of me using lamb in sushi and calling it Mongolian sushi.

Sushi is Japanese, Mongolia is the country that eats the most the lamb, I am American with an Irish background. To sum all that up, I have no business taking two foods, who do not go well together, from two random cultures that I am not apart of, and implying that this is how Mongolians eat sushi. That’s offensive and ruins two great cultural foods.

In addition to the fact that it’s offensive and more disliked than liked, celebrity chefs of today, or the experts in this industry, do not even like the pizza. Experts such as Gordon Ramsay and Bobby Flay who have pallets better than any of my friends who insist that pineapple pizza is edible hate the concept. You’re mixing two completely contrasting flavors and it should not be allowed!

There is nothing redeemable about pineapples on pizza and this is coming from a guy who ate a hot dog with fruit loops on it. It is offensive to two cultures, offensive to chefs and absolutely disgusting. I like pineapples and I like pizza, but that does not mean I want them together. Just because you like two things separate, that does not make it okay to put them together.

I think back to the old Mountain Dew commercial “Puppy Monkey Baby.” Everyone likes puppies, monkeys, and babies, but nobody likes a puppy monkey baby. It’s weird and wrong. Pineapple pizza is the puppy monkey baby of the food industry.