OPINION: There is a college debt crisis 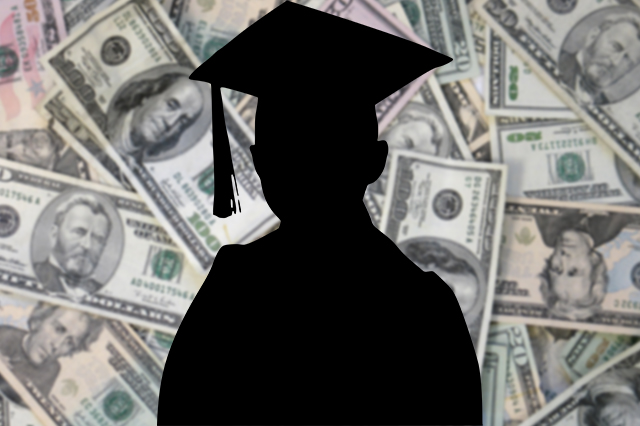 On Jan. 6, Robert Morris University President Dr. Chris Howard published an opinion piece in the Pittsburgh Post-Gazette addressing the issue of the student debt crisis. Dr. Howard asserted that the roots of the crisis do not lie in repaying loans. Instead, those affected by student loans are those who drop out of college, while those who graduate are easily able to pay back their loans.

While dropouts are an increasing issue, and something that Dr. Howard and RMU are right to show more dedication to discouraging, it’s wrong to say that those who graduate from college are having an easy time paying back their student loans. The truth is simple: college is expensive. And for the majority of students, the debt is becoming too much to handle.

Every day, students are being forced to take out more and more loans to fund their education. According to Bloomberg Data, student loans have grown 157 percent since the Great Recession, making it the largest source of household debt. Compared to other loans a household must take out, such as auto loans and mortgages, this debt has an average delinquency rate of 10 percent among all lenders.

These loans aren’t just a short-term issue. Failure to carefully plan can lead to massive amounts of interest building up. According to research by the Wharton School of Business at the University of Pennsylvania, the percentage of borrowers still repaying college loans has increased between 2005 and 2013. Over the course of these eight years, the amount of student loans saw a $15.4 billion increase in the debt load for those aged 65-74, which is the age that most aim to retire. With outstanding debt, however, this option is less financially viable.

Not all majors are created equal. In the Georgetown University Center on Education and Workforce, where it is stated that college graduates earn $1 million more than dropouts, it also illustrates a major gap between college majors and their salaries. While an engineer or architect may earn $50,000 to $83,000 annually over the course of their career, those who pursue careers in education, social work and communications may earn an average of $27,000 to $54,000.

With a tighter budget, and less expendable income, people in these fields can find it hard to pay back the loans they accumulate during college. While an engineer can potentially pay off their loans quicker, teachers and journalists will accumulate more interest and struggle to pay back these loans. As a result, many loans can become hard to control and add to the crisis that more and more graduates are facing.

Families whose providers only have a high school degree, with an annual salary ranging from $22,000 to $36,000, may not have the finances to finish college. As tuition costs continue to rise, some families may not be able to pay the changes each semester. With tuition rates increasing and the risk of predatory loans, such as with the Navient Corp., many will see college as a risky and unstable investment.

While students can work to pay off some of their debt while in school, this raises a variety of issues as well. The cost of books and other materials is increasing each year, with the College Board putting the average cost of books and supplies at $1,168 each semester. This doesn’t account for personal costs, such as laundry, gas, computers and various unseen costs. Even for a financially stable middle-class family, these costs can quickly become overwhelming.

With almost all of a paycheck going to books and the cost of living, this debt can quickly become something students are forced to push back further and further until it all comes crashing down at once. While dropouts will struggle to balance payments on their loans and the rising cost of living at the same time, most graduates will face the same issues upon entering the workforce.

Dr. Howard offered good solutions to stop students from dropping out of college and incurring more debt. The issue in his argument lies in those who do graduate, having a mountain of loans as soon as they exit college. While these graduates are earning more, there’s no guarantee they will immediately start working at the optimal amount of money associated with their major. While earning “$1 million more during their lifetimes” is the optimal outcome, not every student’s experience will lead to that outcome.

There is a student debt crisis, and colleges need to work with students to come to a mutual agreement about how to solve it. While helping dropouts and those who fall behind is an important issue worth fighting for, ignoring the arguments of those paying for classes each semester is just as important. Rather than RMU ignoring the issue, we should be finding a way to solve these issues for all students.