Religion in sports and the Tim Tebow effect 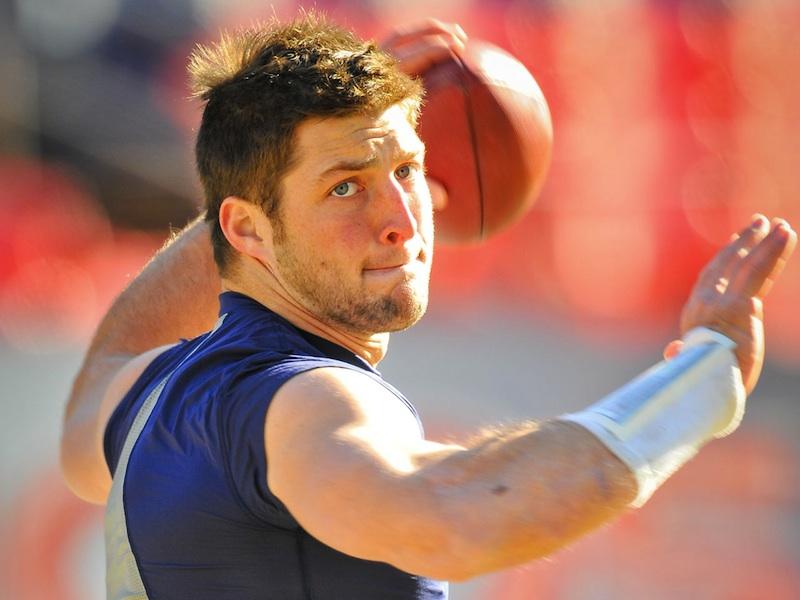 Judgment has become a staple for the American society.

Tim Tebow, the New York Jets’ quarterback, is a firm supporter of faith and John 3:16, an infamous biblical verse, read on his eye black during college.

Religion has never been an acceptable topic of discussion, especially under the firm microscope of the mass media.

Granted, Tebow will sing religious hymns and biblical songs before the games, but why is he scrutinized?  He is, however, judged by many in the fact that religion should not be talked about publicly, or in this case, the sound of a sharp baritone.

Why is he the villain?

Not one place signifies the talk of religion in athletics as a form of taboo, except for the people who place that judgment on the subject.

Many of the teams in all of professional sports hire a priest to pray before games, but is it genuine? One can assume that it is just a publicity stunt to ensure a team believes in a higher power to play better.

As soon as Tebow opens his mouth for the world to hear his beliefs and how they make or break him, the floodgates of judgment and cynicism open up and are there for irrelevant critics to spew information.

His own foundation called the Tebow CURE Hospital is one that will build a hospital in the Philippines and will be a 30-bed facility focusing on orthopedics. Tebow was born on the island and gives back because that is what he loves.

“Keep your mouth shut you bible thumper,” one fan would say.

On the internet, especially in Pittsburgh, they attack Tebow as if he is an extremist public figure attempting to move people towards Christianity and the belief in a higher power.

“That God talk has no place on the football field,” said a Steelers fan at a bar during one of his interviews.

Seriously, have an open mind.

Tebow has preached the Christian Gospel in front of children, schools, villages and even assisted in medical care.

Fans across the board still continue to judge because of one man’s beliefs and opinions. The world remains a place where somebody cannot voice his or her opinion until a red flag comes out that says, “OPINION.”

The Bill of Rights highlighted under the U.S. Constitution states that any one person may have a freedom of speech and the freedom to practice any religion that a person believes in.

Tebow is a Christian who believes in Jesus Christ, God, heaven and the afterlife. He writes it on his eye black, preaches the Word and makes it a fact that he loves portraying his inner spirit.

That is what the world has come to. Tebow is not a figurehead for football, but instead a cry towards criticizing a man with religion in the forefront.

Sports are merely a game and Tebow blends religion along with it.