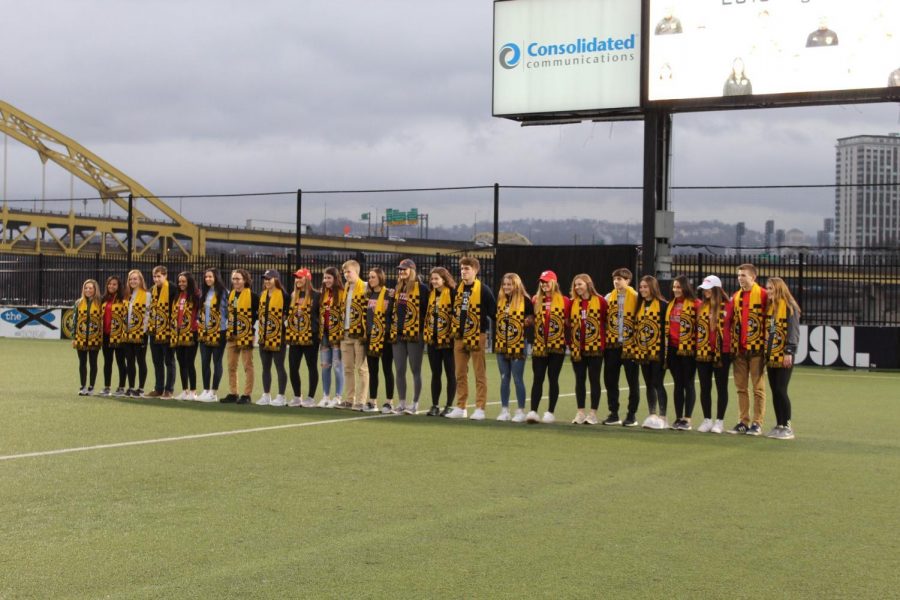 PITTSBURGH — The Riverhounds Development Academy, or RDA, was set up in 2007, in association with Everton F.C. of the English Premier League. Currently, the RDA has over 1,300 players from ages 3 to 18, and on Tuesday, February 12, the RDA announced that 26 of their students would continue to play soccer at colleges across the country.

Although his official title with the Riverhounds is Sporting Director, Jason Kutney is one of the key operators of the RDA and has watched it blossom into what it is today. “It’s exciting”, Coach Kutney said about watching his players grow, “We put in a lot of work, on the field, off the field, as do they, so it’s a culmination of all the hard work over the past years.”

When asked about the RDA building a “soccer culture” in Pittsburgh, Kutney added “Pittsburgh is a big sports city, and I think that a professional soccer team in the city is very important. The Heasley family made that possible back in 1999… I think the presence of a pro team in Pittsburgh is important to show kids that there is a pipeline, there is a pathway and what our academy has been able to do over the past few years is really using the resources of a pro team, but infusing them into the youth.”

One player who saw the growth of the RDA was Nathan Dragisich from West Allegheny High School. Dragisich started in the RDA program at a very young age, as he was a part of the first training program in 2007-08. When asked about the growth of the program, Dragisich said, “as it started out, it was mostly just training. Then as it progressed through the years it turned into a whole tournament based teams, and then it turned into the league system (ECNL and Boys ECNL) that you see now, and that brought the competitiveness now.”

Dragisich will be attending Duquesne University next year and will hope to continue to train with the Riverhounds in the offseason.

Three of the Riverhounds athletes will continue to play together in college. Michaela Watkins (New Brighton High School), Adelina Roman (Canon McMillan High School) and Kendra Pampus (Norwin High School) will all attend Youngstown State University this fall. When asked about two of her teammates joining her at YSU, Pampus said “I was originally going to Indiana, but there was a coaching staff change, so I thought I could have a place here (in Youngstown). As for a potential Riverhounds teammate rooming situation, Pampus added, “I’m rooming with Addie (Adelina) Roman.”

Speaking of Indiana University, Alaina Kalin from Pine Richland High School committed to the Hoosiers, and the coaching change (Amy Berbary being replaced by former Duke assistant coach Erwin Van Bennekom) not stopping her, saying, “It was nerve-wracking at first, but after meeting with coach (Van Bennekom), I really like him, his values and what he stands for, so I’m really excited.”

One RDA graduate, Kolbe Rice from Steubenville Catholic Central High School will be taking his talents over the pond, to Richmond University in London, England. Rice stated, “I heard of the opportunity a couple of years ago, through training with them in showcases in Florida, and I really fell in love with the coaches. I got to visit in the summer, and I’m super excited.”

A full list of the graduates and the college they will be attending is below:
RDA Girls
Emily Clopp – University of Akron (Akron, Ohio)