A game of cards 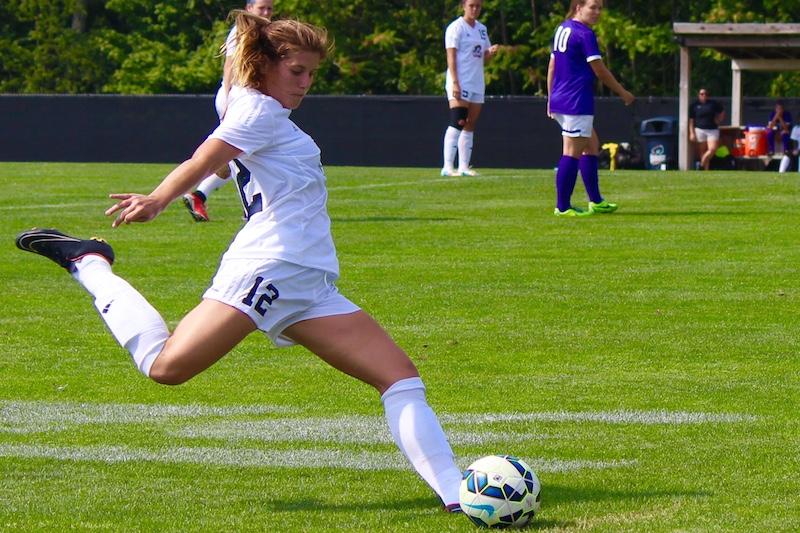 When the Robert Morris women’s soccer team took the field against the Niagara Purple Eagles on Sunday, they were entering their third game having failed to score in the previous two. They left the field without scoring for a third straight game to the tune of a 1-0 loss.

That’s not blaming them for lack of trying. With 12 shots on goal and a penalty kick, it was clear that they did try. The sole score of the match came from Niagara midfielder Hallie Price. The aforementioned penalty kick came 42 minutes into the match. When senior Melissa Ercoli took her shot, it was saved by Niagara’s goalkeeper.

While the lack of scoring for the Colonials was important, what may have been more important for this match was the number of fouls called and yellow cards issued. There were 58 total fouls called, and 8 yellows issued by referee Sean Regan. Five of those yellow cards were given to Robert Morris, three to the Purple Eagles, including one to the team.

Both sides seemed upset by the calls of the match, which ultimately is what lead to the yellow card that was given to the team.There were no major injuries in the game despite the apparent aggressiveness of the match.

Despite walking away with the loss, the Robert Morris team did play a technically sound game making strong breaks and plays at goal. When the Colonials travel to Howard University to take on the Bison this Friday at 6 pm, they will look to break their scoreless streak.